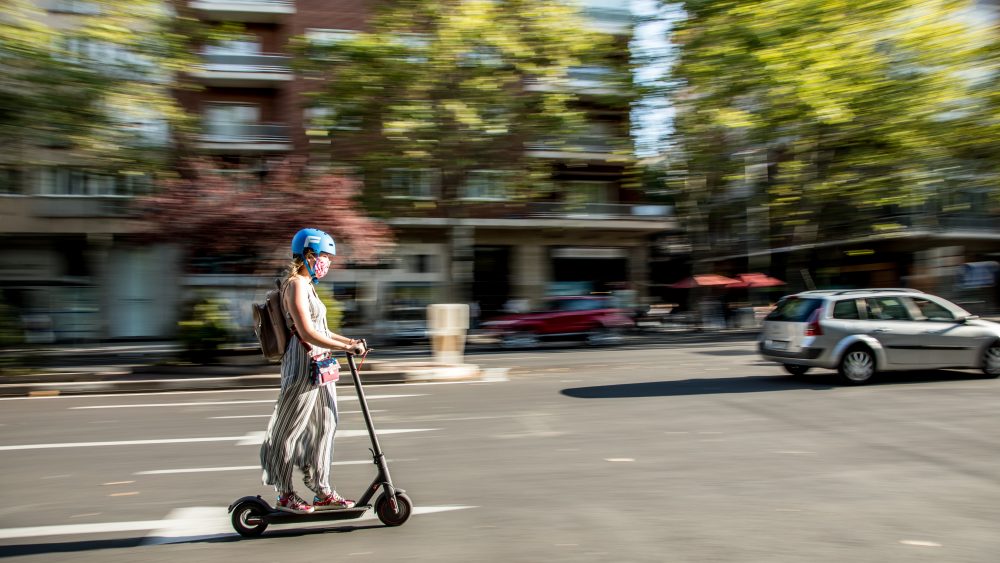 Micromobility operators expand their footprint in small and midsized cities

In recent months, shared micromobility companies like Bird, Lime and Lyft have rapidly expanded their products in small and midsized markets with populations ranging from 2,500 to over 150,000. This includes new fleets in Pittsfield, Massachusetts, Annapolis, Maryland, and Green Bay, Wisconsin, among many other smaller markets.

Bird grew from about 250 global markets last year to more than 400 this spring. (The company told TechCrunch this week that despite the layoffs of 23% of its staff, it plans to continue expanding into new cities.)

Cities have been amenable to micromobility options like e-bikes and e-scooters over the last five years as ways to increase residents’ and visitors’ transportation options, ease congestion, and reduce transportation emissions, which represent over a quarter of the greenhouse gas emissions in the U.S.

Along with transit benefits, scooters have also been shown to increase the amount of spending in a city: in 2021, Bird estimated its users spent more than $100 million at local businesses.

But the rise of micromobility options has also led to some backlash, which these smaller cities continue to reckon with. One common complaint about the devices has been the issue of sidewalk clutter. Vered Meltzer, an alderperson and common council vice president in Appleton, Wisconsin, said he’s heard complaints from Appleton residents about sidewalk crowding and “near misses” between scooters and pedestrians. Bird introduced 350 scooters into Appleton, the hometown of CEO Travis VanderZanden, last year.

”Scooters create a sense of danger and a genuine safety risk that’s interfering with pedestrian activities,” said Meltzer. “A big concern is handicap accessibility on sidewalks, so even if scooters are parked inappropriately it can compromise the safety of a wheelchair.”

So, while operators continue to expand into new cities, they’re working to tailor those programs to meet a community’s specific needs, according to a spokesperson for Bird. These software and hardware updates can include geofenced regions that limit the area where riders can go, new speed limits and new parking restrictions. Bird is also working to address some of the local complaints in Appleton: they’ve reduced maximum speeds from 15 mph to 12 mph, geofenced bridges to prevent riders from parking on narrow walkways, and agreed to pay ten cents per ride to the city to offset administrative costs accrued during the pilot.

Nationwide, Bird has also launched new adaptive options on what a spokesperson called an “event-based” basis, such as beginner mode, a gentle acceleration that allows new users to work up to full speed; safe start, an in-app checkpoint intended to keep users from riding under the influence; and community safety zones, a network of geofenced slow-riding areas.

“I feel like they [Bird] are trying to work with us,” said Meltzer, “I just personally think it might not be what’s best for Appleton.”

While they expand into new markets, micromobility companies are facing increasing restrictions in the larger markets where they already operate. San Diego adopted new restrictions to limit the number of scooters, and where they’re available, after residents complained about issues like sidewalk litter. San Diego reduced the number of micromobility operators from seven to four, and dropped their scooter fleets from 11,500 to 8,000, while limiting scooter speeds and ensuring compliance with the Americans with Disabilities Act.

Meanwhile, Chicago announced in April that three scooter companies — Lime, Spin, and Superpedestrian — would operate 3,000 scooters across the city. Their operation includes the nation’s first scooter docking system, much like docking stations reserved for e-bikes, which could reduce sidewalk clutter.

In Cincinnati, Ohio, where thousands of Bird and Lime e-scooters have been deployed over the last four years, according to city councilmember Mark Jeffreys, a 6 p.m. curfew that makes scooters inoperable during evening hours was implemented at the end of April. Jeffreys said a “misuse of scooters” has become a source of local controversy, including concerns like underage use and pedestrian clashes. But Jeffreys thinks these issues are overblown, especially when compared to injuries and deaths caused by cars.

While some in the city have voiced banning scooters entirely, Jeffreys said improvements like better geofencing to limit sidewalk riding, and face recognition that would adhere to age restrictions, could improve usage.

“All of us need to be in a place where we’re inviting innovation in mobility and mobility solutions, and we want to be a city that welcomes that,” said Jeffreys. “The analogy I make is during the era of the horse and buggy, when cars started coming on, there was a lot of consternation on rules and how fast they were going and we had to adapt the structure of our streets and road rules in order to accommodate, so I think we’re facing a similar moment in history.”

Chris Cherry, professor of civil and environmental engineering at the University of Tennessee, Knoxville, whose research focuses on micromobility options emerging in the transportation sector, said that when he hears concerns over sidewalk clutter, he asks those issuing the complaint to consider the amount of parked cars across urban environments, and to note the historic buildings demolished to make way for parking lots.

“We don’t talk about scooters in that [car] context, so there’s growing pains for having a perspective that includes scooters as a form of transportation,” said Cherry. “The space has not been developed yet for scooters to be parked and operated.”

Parking has long been the industry’s number one issue. LeAaron Foley, Lime’s director of government affairs of the Midwest, said in an email that while scooter parking consistently ranks as a top problem, small and mid-sized markets are working to balance concerns around micromobility with an approach that incentivizes ridership.

Foley said Lime, which operates in over 200 markets across more than 30 countries, has found 40% of their riders use Lime to commute to and from work or school. Meanwhile, 20% percent of rides are taken to connect to public transit. Most recently, Foley added, Lime’s partnership with Google to pilot the company’s augmented reality localization technology will work to improve parking solutions.

“Not unlike some of the larger U.S. cities, small and mid-sized cities have also faced challenges with fulfilling the first and last mile problems getting residents and visitors around the city,” said Foley in an email. “The demand we’re seeing in these smaller markets speaks to the universal desire for citizens across the country to improve transportation options in their communities.”

“Scooters are modest little devices held to a higher standard of safety than the most dangerous thing out there which is automobiles…No other mode of transit is held to the same standard [as scooters].” Chris Cherry, Professor of civil and environmental engineering at the University of Tennessee, Knoxville

Cherry said scooters are typically “less menacing to our transportation system” than cars because “they’re quite low speed and quite lightweight.”

“Those two things together make them a low risk mode of transportation relative to a heavy car moving at a moderate speed,” said Cherry, who noted that while 80% of scooter users killed during rides were hit by cars, there is “vanishingly small evidence” that pedestrian injuries are caused by scooters.

“Scooters are modest little devices held to a higher standard of safety than the most dangerous thing out there which is automobiles,” said Cherry. “No other mode of transit is held to the same standard [as scooters].”