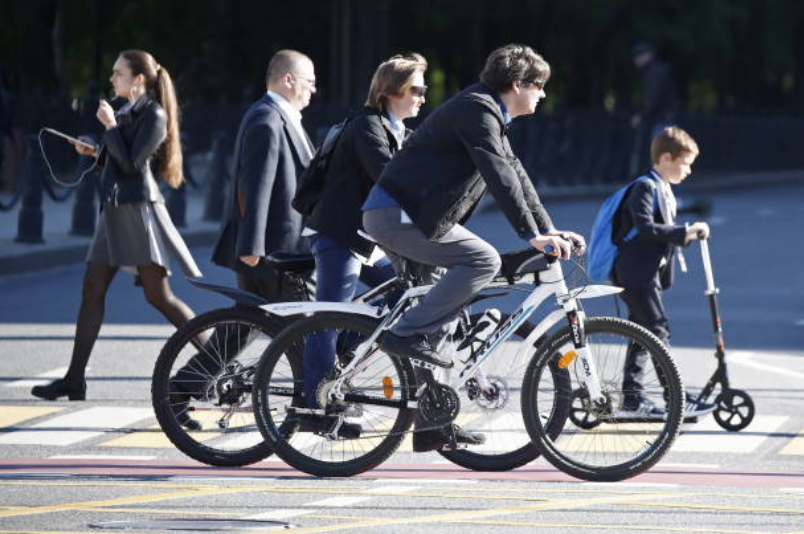 WARREN — For more than a decade, city residents have been encouraged to ride their bicycles more during the annual Bike to Work Day activities held at the city’s log cabin.

Until last year, cycling enthusiasts met at the log cabin across from Courthouse Square in May to celebrate bicycling and healthy living.

Sponsors of the annual event not only are returning Bike to Work to May, but also are having a live event, 6 a.m. to 9 a.m. Friday at the log cabin, where participants will be treated to breakfast.

“This brings awareness of the health benefits derived from cycling, but reminds us that cycling is another mode of transportation used in the community,” said Kris Kriebel, health educator and Creating Healthy Communities coordinator with the Trumbull County Combined Health District. “We want to encourage more walking and cycling.”

The origins of this day go back to 1956, when the League of American Bicyclists suggested it as an addition to Bike to Work Week, which takes place in the third week of May.

Kriebel described Warren as having decent infrastructure to encourage bicycling, but it can can be improved.

The city has an active transportation plan draft that was completed late in 2020, but it has not been approved by Warren City Council.

“Active Transportation” is an umbrella term for all the ways people can get around without using a motorized vehicle — walking or biking, using mobility-assistance devices (such as wheelchairs and scooters), skating or skateboarding, and more. The city has a series of bicycling paths that are part of the Lake to River Greenway Bike Trail.

However,Warren also has challenges that must be addressed to become a bike-friendly community, including prioritizing bicycling in its planning of street projects, creating bike lanes and routes around schools and adding more street lights along bike paths.

Kriebel said the city, working with Trumbull Neighborhood Partnership, is trying to get the Warren Active Transportation plan adopted.

“We started looking at creating a plan last year,” he said. “Plans also are being discussed in Howland and by Niles.”

John Brown, one of the founders of Bike to Work in Warren, said he rode his bike back and forth to work, nine miles per day, every day at Thomas Steel before he retired.

“The rides relaxed me and cleared my head,” Brown said.

The first 100 participants who ride their bicycles to Warren’s Log Cabin on Friday will receive T-shirts. Other prizes also will be given.

For more information, contact Kriebel at 330-675-7887 or go to Trumbullmetroparks.org/bike-to-work-Warren.