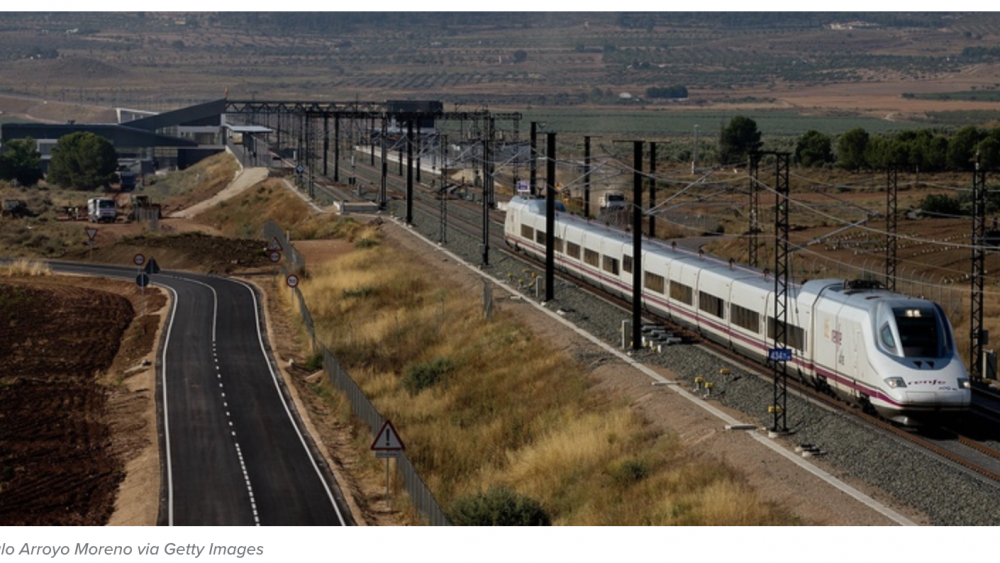 Lawmakers at various levels of government in the U.S. have been excited by the prospect of high-speed rail, although that has been tempered by troubled projects in California and Texas that have come under fire in recent years. And while emerging technologies like high-speed rail, maglev and hyperloop have been hyped as alternatives, others have countered with calls to better fund existing Amtrak service.

Illinois itself has been held up as an example of how high-speed rail struggles to catch on in the United States, given the lack of federal funding and residents’ preference for driving, The Wall Street Journal said. Another complicating factor is the state’s inability to lay tracks as it does not own the right-of-way, meaning high-speed service would have to share rails with freight trains. Experts previously told The Wall Street Journal that acquiring the land would take at least five years alone.

Despite those obstacles, the Midwest has been viewed for several years as a prime region for various new transportation modes. In 2018, Virgin Hyperloop found a route in Missouri, which would connect Kansas City, Columbia and St. Louis, to be commercially viable and safe. Elected officials in those Midwest states have also been among those most vocal in their support of hyperloop.

The Illinois legislation passed with large majorities in both the Illinois House of Representatives and the Illinois Senate, and Democratic State Sen. Steve Stadelman said in a statement that a high-speed rail network would “provide a fast, safe and reliable way to travel across the state.” Likewise, Rick Harnish, executive director of the High Speed Rail Alliance, which has been advocating for the creation of the commission for more than three years, said in an emailed statement that high-speed rail “will create thousands of jobs, spur economic growth, lower carbon emissions, improve transportation safety and relieve congestion in cities.”

With this commission uniting all stakeholders, Harnish said it could finally mean everyone pulling in the same direction on future high-speed service.

“The plan would encourage coordination and cooperation between state agencies, railroads and local governments to invest wisely in targeted upgrades to the existing rail network,” he said. “Improving existing tracks and connecting them to a new high-speed line would create the heart of a Midwest high-speed network and make same-day round-trips possible between all of Illinois’ major cities and destinations.”

There are hopes for a national push in favor of high-speed rail, including through a bill introduced earlier this year by House Democrats that would invest $205 billion to encourage its development. Additionally, the U.S. Senate on Tuesday passed the bipartisan infrastructure deal, which invests $66 billion in passenger rail to help eliminate Amtrak’s maintenance backlog and modernize its infrastructure.

Still, high-speed rail supporters are calling for more. In a statement, Michael Reininger, CEO of Florida-based rail service Brightline, said rail is a “clear winner” in the infrastructure bill, and pledged to work to “implement policies … that further incentivize the development of new high-speed rail systems as quickly as possible.”