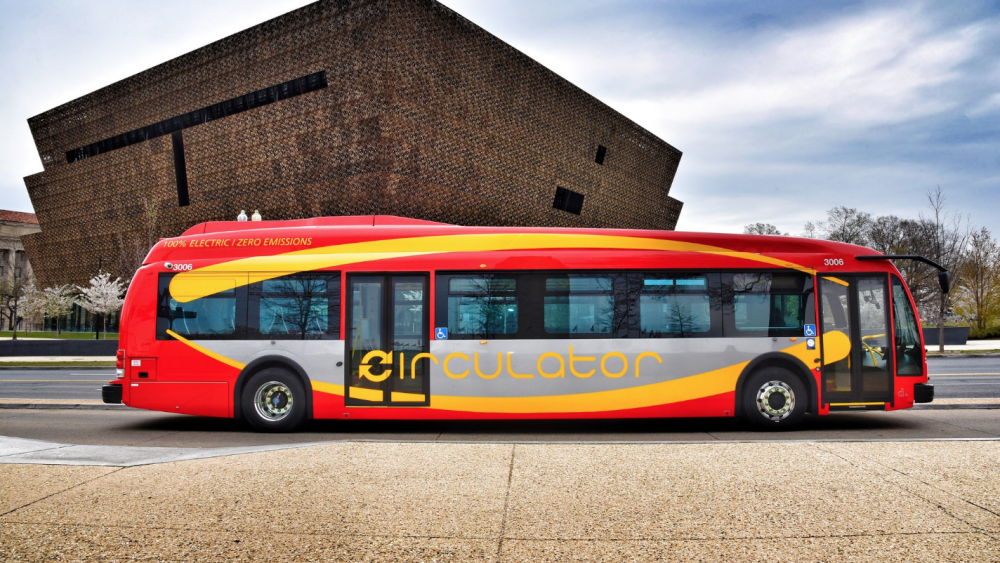 The electric bus industry in the U.S. could get a significant infusion of federal funding under proposals now being considered in Washington, D.C. The leaders of two major e-bus manufacturers, U.S.-based Proterra and Canada-based Vicinity Motor Corp., believe this could give the sector a major lift at a critical moment.

The Biden administration has proposed a $174 billion program to bolster EVs in general. Meanwhile, two senior U.S. Senate Democrats have proposed spending $73 billion to electrify the nation’s 70,000 transit buses and other transit vehicles as part of a push to move the U.S. toward zero-emission transportation.

Analysts of North America’s e-bus market anticipate a compound annual growth rate of about 26.8 percent from 2020 to 2025. Demand is overtaking the production rate, indicating opportunity for e-bus makers to scale up dramatically. Almost every U.S. state has a transit agency that currently owns or is planning to own new e-buses.

Federal support for a national transition to zero-emission buses is being hailed by members of Congress from both parties. But what would it cost for every public transit agency in the U.S. to switch to e-buses?

A recent analysis from the nonprofit Center for Transportation and the Environment (CTE) estimated a price tag between $56 billion and $89 billion. A little more than half of that would be spent on acquiring new buses, while the remainder would be largely consumed by building out essential infrastructure and ensuring adequate technical assistance.

The report was commissioned by Sens. Chuck Schumer (D-N.Y.) and Sherrod Brown (D-Ohio), the lead sponsors of the $73 billion Clean Transit for America plan. As announced on May 4, this legislation aims to quickly provide federal funds for an aggressive national bus electrification program.

CTE’s report, released in January 2021, makes the case for federal underwriting of most of the substantial startup costs for bus electrification. The argument is that local transit agencies cannot bear the burden of installing all of the infrastructure and systems essential to the success of a national e-bus rollout.

Proterra: How federal support has created the U.S. e-bus market

JoAnn Covington, Proterra’s head of government relations, noted that the federal government has played an important role in the adoption of electric transit vehicles nationwide. New legislation should “increase support for e-transit buses, commercial fleets and charging infrastructure at scale,” she said.

Proterra delivered its first e-bus to Foothill Transit in California’s San Gabriel Valley more than 10 years ago. Foothill was the first U.S. public transit agency to operate an e-bus in revenue service. This initial deployment was supported by federal grant funding from the American Recovery and Reinvestment Act of 2009.

Building on early deployments, the federal government has increased support for zero-emission electric transportation through programs like the Federal Transit Administration’s Low or No Emission Vehicle Program (“Low-No”). This competitive grant program has funded electric buses that are being deployed nationwide in urban and rural communities in more than 40 states.

Since its initial deployment to Foothill, Proterra has grown into a leading manufacturer of e-buses in North America. It has sold more than 1,000 e-buses, with 600 on the road today. Yet e-buses still only represent approximately 1 percent of the overall transit bus market, Covington said.

“Charging infrastructure and smart solutions for charging [are] critical for fleet-scale deployment,” she said. To date, Proterra has deployed 46 MW of charging systems for its customers through 45 projects in North America.

“The technologies we need to meet the global demand for zero-emission transportation can and must be built right here in the U.S.,” she said. Today, however, the U.S. lags in developing domestic capacity for battery production. According to The Washington Post, if current trends continue, China is projected to have 140 “gigafactories” manufacturing lithium-ion battery cells by 2030 while Europe will have 17 and the U.S. just 10.

In December 2020, Proterra opened a new battery production line in Los Angeles County, expanding its production capacity for battery technology systems that power its own buses as well as commercial vehicles built by its customers such as school buses, delivery vans and construction equipment. More federal support could “expand access to capital for vehicle manufacturers to invest in manufacturing for critical components like battery cell production domestically,” she said.

One opportunity along those lines could be expanding access to the Department of Energy’s Advanced Technology Vehicles Manufacturing loan program to commercial vehicles and suppliers, she said. “Increasing support for domestic demand for electric vehicles and encouraging domestic manufacturing would also send signals to global market leaders to open new facilities and bring critical supply chain manufacturing to the U.S.”

In March, Proterra CEO Jack Allen testified at a U.S. House hearing on “The Business Case for Climate Solutions” and made the point that incentives could bring more battery cell technology manufacturing jobs to the U.S. A job training program at Proterra’s new facility in L.A. County puts a particular focus on including historically underrepresented groups, including people of color, women and the formerly incarcerated.

Vicinity Motor: How battery advances could expand the e-bus proposition

Vicinity Motor Corp. is a leading supplier of electric, CNG, gas and clean diesel buses for public and commercial use, and the market leader in Canada’s mid-sized heavy segment with 90 percent market penetration. But as President and CEO William Trainer pointed out in an interview, the e-bus industry still has significant range challenges to overcome to meet the needs of North American transit agencies.

The average cost of one e-bus is $1 million for a vehicle with a range of 250 kilometers (155 miles) on a single charge. In comparison, a standard diesel bus averages $500,000 and can go 800 kilometers (500 miles) on a single tank of fuel. The public transit market has built its ridership based on the notion of achieving 500 kilometers of usage in a single day, and federal and state government agencies have developed their long-term budgets using standard diesel bus modeling.

In other words, “to achieve the same level of ridership and coverage, an agency would need to purchase two e-buses for each diesel bus it replaces,” Trainer said. “This would cost $2 million in capital outlay for what they could achieve with a single diesel bus, which costs $500,000.” Also, current e-buses have about 10 percent lower passenger capacity than diesel buses.

“The problem is energy storage,” Trainer said. Currently, batteries can account for up to 30 to 40 percent of the price of an e-bus. Battery weight also restricts vehicle design and lowers overall passenger capacity. If one assumes that each kWh of battery capacity yields 1 kilometer of range, then 300 kWh of battery capacity achieves a 300-kilometer range. But extending that range to 500 kilometers with 500 kWh of batteries entails extra weight that “reduces the passenger count in half,” he said.

Improved battery technology could change the game. Lighter batteries with much higher energy storage capacity could help open the possibilities for commercial vehicles. Battery research and development “will be crucial in developing technology that will increase storage and reduce weight,” he said.

That’s why Trainer argues that the majority of new green stimulus money in this sector needs to be spent on battery R&D. At the same time, “there needs to be funding available for purchasing e-buses,” he said.

Strong government policies can help the U.S. catch up with China and Europe in EV sales. Projects funded by the Federal Transit Administration, the country’s largest single funder of public transit bus programs, require 50 to 70 percent U.S.-made content, but the battery cells that go into EV batteries are currently exempt from federal Buy American requirements. The U.S. is now a major importer of these cells.

“If you want to lead the world with technology, you need to develop it and own the patents on the technology,” Trainer said.

Another important factor to consider is that EV demand could outstrip electric grid capacity. Where is all the electricity going to come from? Long-term planning for greener energy production must also be part of the government vision.