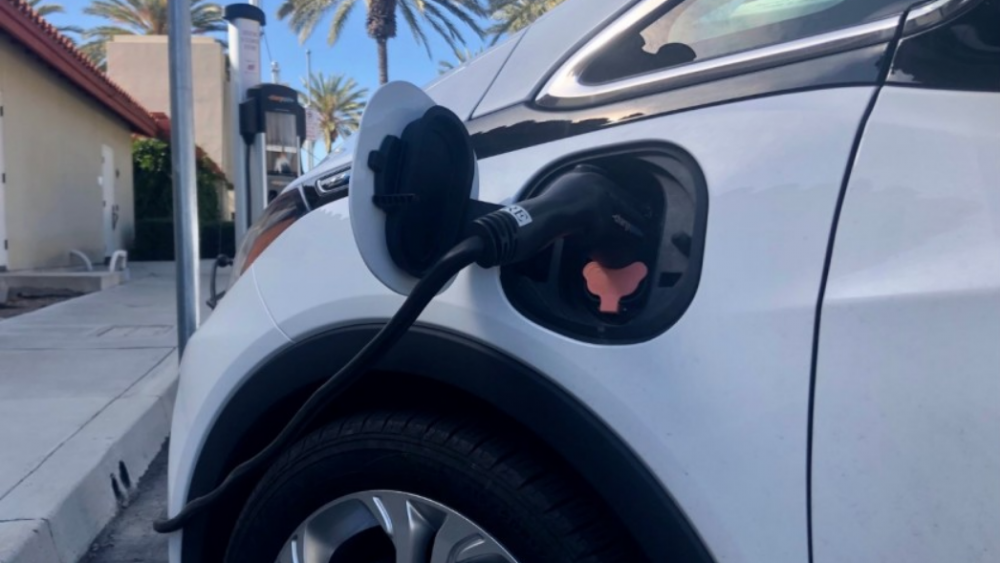 The California Public Utilities Commission on Thursday gave the green light to San Diego Gas & Electric, allowing the utility to proceed with a second round of its “Power Your Drive” program that will construct electric vehicle charging stations at sites across the region.

But the OK came with a few provisions, including a requirement that SDG&E pay for a third-party audit after the first phase of the project racked up cost overruns of $25 million.

Approving the extension “is a small but really essential step in ensuring California is prepared for rising electric vehicle charging demand, which we so much need to do,” commission President Marybel Batjer said just before the 5-0 vote.

SDG&E spokeswoman Jessica Packard said the decision will “allow us to implement a quality program that meets high safety and reliability standards, as well as the needs and expectations of our customers.”

Phase 2 of the Power Your Drive program will see SDG&E install 2,000 charging stations in about 200 locations, such as workplaces, condominiums and apartments where drivers of electric vehicles, or EVs, park for long periods of time but often don’t have access to charging infrastructure.

As per the decision, 50 percent of the charging ports will be installed in lower-income communities that are more affected by air pollution.

The project is expected to take two years to complete. By 2023, it is estimated to add $5.55 to the annual bill of a typical SDG&E customer using 500 kilowatt-hours of electricity per month.

Launched as a pilot program in 2016, the first phase of Power Your Drive constructed 3,040 charging stations at 254 sites. The public utilities commission authorized a budget of $45 million but by the time all the charging stations were installed, SDG&E had spent $70.2 million — 55.5 percent over the authorization.

SDG&E officials blamed the overruns on the fact that Power Your Drive was a first-of-its-kind program in the state and unanticipated expenses piled up.

A number of ratepayer advocates, such as The Utility Reform Network, known as TURN, criticized SDG&E for not stopping once the authorized budget was reached.

The decision requires SDG&E to hire an independent consultant to conduct an audit and identify the reasons for going over budget. The audit will “help ensure ratepayer investments are not mismanaged for a second time” and the cost of the audit will be shouldered by SDG&E shareholders, not utility customers.

SDG&E officials have agreed to pay for the audit.

As for the $25 million in overruns, the utility says it has not sought to recoup them from ratepayers — at least not yet.

“And if we do seek recovery of those costs,” Estela de Llanos, an SDG&E vice president and the company’s chief environmental officer, told the Union-Tribune last month, “we expect the CPUC to scrutinize that request. And any examination of that would be open and transparent.”

Thursday’s vote also resolved a disagreement about the average cost of installing each charging port.

An earlier proposed decision called for SDG&E to limit costs to $15,000 per port, on average. SDG&E wanted an average cost of $21,605, saying $15,000 per port was “financially infeasible” and would cause the utility to walk away from implementing the program altogether.

The revised decision accepted Thursday reached a compromise — the $15,000 average per port will stay in place but if costs go as high as $18,131, SDG&E can go through a “reasonableness review” and seek cost recovery when filing a future general rate case. However, anything over $18,131 will not be allowed.

The revised decision also eliminated a provision that called for the funding of the program to be split into two tranches.

Though it would have liked to see further budget reductions, TURN said it was satisfied with the changes made in the revised decision, with staff attorney Elise Torres saying in an email the changes “are reasonable, on balance.”

Before the vote, eight people called in during the virtual meeting’s public comment period in opposition to the commission approving Phase 2 of Power Your Drive.

“I urge you to consider the cost burden this proposal would put on ratepayers who already pay one of the highest rates in the United States,” a business owner in La Mesa said, citing the overruns. A caller in North County complained that too many of the chargers he has seen go unused and the signup process is “too onerous.”

Power Your Drive is part of a larger effort by state policymakers to promote the transition from gasoline-powered cars and trucks to EVs and other zero-emission vehicles.

With former Gov. Jerry Brown establishing a goal for 5 million light-duty EVs on California’s roads by 2030 and current Gov. Gavin Newsom issuing an executive order forbidding the sale of new gasoline-powered vehicles by 2035, there is a pressing need to construct more EV charge ports.

The California Energy Commission estimates 1.5 million charging stations will be needed to support Newsom’s executive order. Not counting private homes, as of Feb. 1, there were 70,479 charging stations in the state.

Wayne Winegarden, senior fellow at the Pacific Research Institute that advocates for free-market solutions to policy issues, told the Union-Tribune in 2019 that ratepayer dollars should not go to building EV charging stations.

“This is infrastructure for a car. Could you imagine if they were subsidizing gas stations?” Winegarden said. “Average ratepayers and low-income customers are just trying to pay their bills to get by the month and the utility is using it in a completely unrelated service that many of them don’t benefit from.”

“We see equity and investments in vulnerable communities and hard-to-reach sectors like multi-unit dwellings where the private market, frankly, is not going to show up because it’s uneconomic,” she said.

According to the California Air Resources Board, the transportation sector accounted for 41 percent of the state’s emissions in 2018.