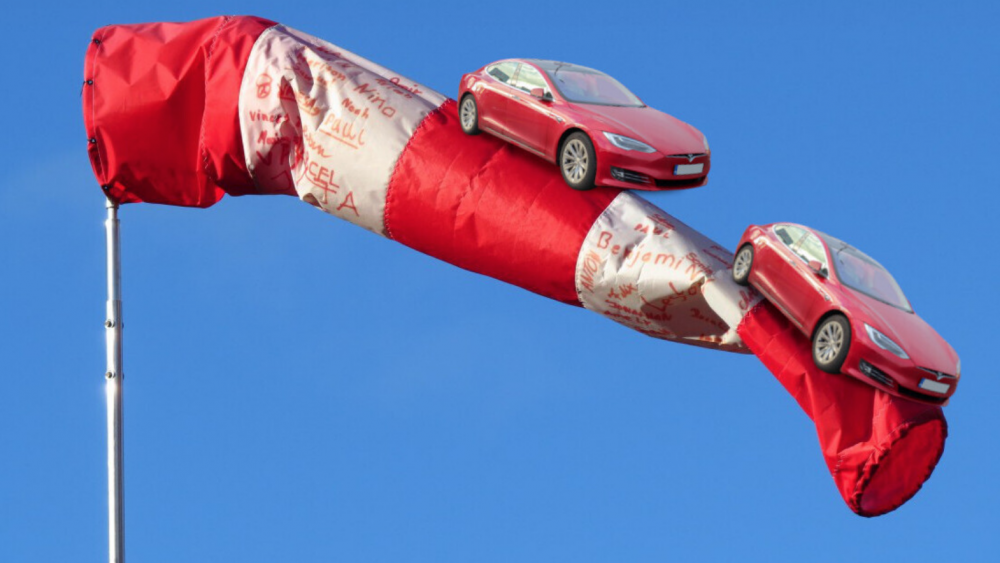 Are wind-powered cars a reality or just science fiction?

This article was originally published by Martin Banks onClean Fleet Report, a publication that gives its readers the information they need to move to cars and trucks with best fuel economy, including electric cars, fuel cells, plug-in hybrids, hybrids and advanced diesel and gasoline engines.

Is Air Power Blowing Over the Horizon?

At the moment, the most viable mode of sustainable transportation is an electric vehicle (EV). With more and more automakers announcing new EV designs every year, it’s reasonable to believe that EVs are here to stay.

However, some automakers are exploring different forms of green energy — specifically, wind. Are wind-powered cars a possibility, or are they something that’s likely to stay in the realm of science fiction?

The Potential of Wind Power

The idea of using wind for transportation is thousands of years old, with some experts citing dates as far back as 5000 B.C. We’ve used massive cloth sails to capture the wind’s energy and harness it to move ships across the oceans for centuries.

On a smaller scale, airboats use enormous turbines to generate thrusts across the water in shallow or congested areas where a traditional propeller would get snagged.

We use that same ancient technology today in wind farms to generate electricity. Each tower has two or three enormous blades that, when moved by the wind, turn a rotor, which spins a turbine and generates electricity.

Right now, electric cars are the best option for someone looking for an eco-friendly car, but unless your home runs on wind or solar energy, you’re still contributing to climate change by utilizing power generated by burning fossil fuels.

As we start to make the transition to green energy, this concern will fade away. What if we could skip the middleman and use wind energy generated directly by the vehicle?

The Toyota Mirai and Other Examples

Some examples of wind-powered vehicles look exactly like you expect they would — small, sleek vehicles with low ground clearance and enormous turbines attached to the top.

One example is the Ventmobile, built by University of Stuttgart students in 2008. It’s not the kind of thing you’d see driving down the highway, but it does prove the point that wind-powered vehicles are possible.

Toyota and Lotus are among those trying to translate wind power into a more viable option for the everyday driver. The Lotus Nemesis doesn’t have to run on wind power, but its electric powertrain is designed to run on wind-turbine generated electricity by its builder, Ecotricity, a UK renewable energy company.

The Toyota Mirai is a little bit different. Not only can it combine wind power and hydrogen, but the hydrogen to power the fuel cell can be generated with wind power.

It’s probably one of the cleanest and greenest cars in the world right now. Unfortunately, there’s only a few thousand currently on the roads around the world, but they’re a fantastic proof of concept.

Are Wind-Powered Cars on the Horizon?

A lot of the technology that we take for granted today was science fiction a few decades ago. Are wind-powered cars on the horizon? Possibly, but we’re not there yet, at least not for 100 percent wind power.

We may see a lot more cars like the Nemesis and Mirai in the future before we start seeing vehicles capable of fully operating on nothing more than a stiff breeze.