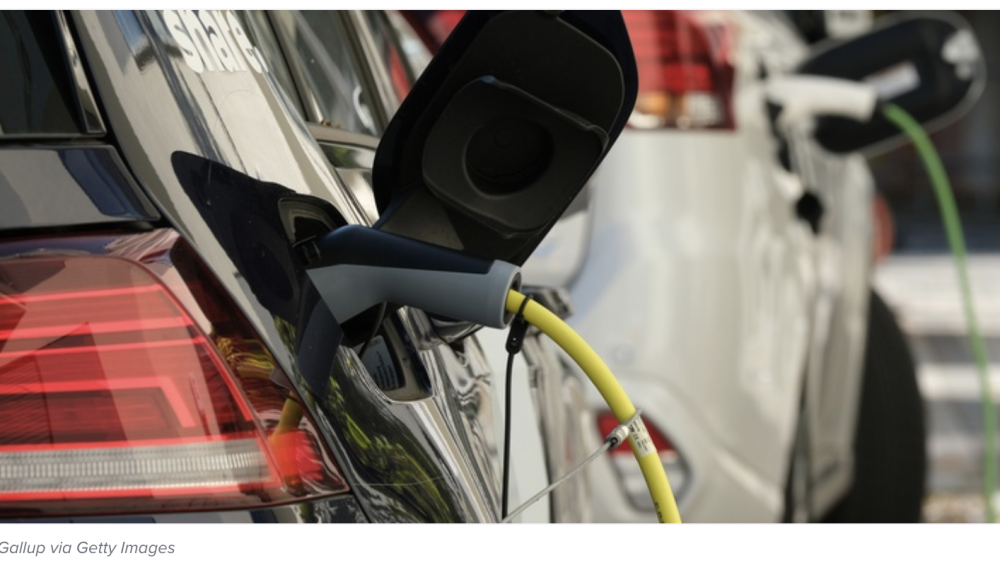 On a visit to Denver last week, Transportation Secretary Pete Buttigieg stood in front of an electric vehicle (EV) charger at the Denver Housing Authority’s Mariposa Apartments to tout a plan for moving the country “from the days of electric vehicles being a rare, luxury item and working to make them affordable and accessible for all.”

Using CARES Act funding, Denver installed stations for EV car-sharing vehicles and EV chargers at the apartment complex and five other sites the city described as “under-resourced.” Now, backed by $7.5 billion from the bipartisan Infrastructure Investment and Jobs Act, the Biden administration is laying the groundwork to deploy thousands more chargers in communities just like those, and even more along the country’s highways.

The administration has a goal for a national network of 500,000 EV chargers, more than 10 times the number of chargers that exist today. The funds will go to creating “alternative fuel corridors” — highways dotted with chargers that are as ubiquitous as gas stations — and to reaching historically neglected neighborhoods. But finding the precise spots to maximize those investments is a challenge, one that could make or break the success of the program, some say.

“There’s a world where you throw the golden hammer at this and build out the best fast chargers in only the most perfect places. There’s also a world where you’re throwing a rusty steel hammer, and chargers are placed off the beaten path [thus they] never get any use,” said Quincy Lee, CEO of the charging company Electric Era. “What we’re seeing is more of a middle approach, to create widely available, easily accessible charging options on an expedited schedule.”

Earlier this month, the departments of Transportation and Energy released guidance for how they will manage $5 billion in funds under the National Electric Vehicle Infrastructure (NEVI) Formula Program for states to create alternative fuel corridors, with $615 million available in fiscal year 2022. Under the NEVI program, states must submit deployment plans that meet a suite of policy requirements to access the funds. For example, the guidance document says states should place chargers every 50 miles along the interstate highway system, prioritizing placement first at locations within a mile of the highway. Each charging station should have at least four fast chargers (150 kW DC chargers) and sufficient power supplies. After the highway chargers are installed, additional installations can be prioritized along public roads at accessible locations like parking lots, public buildings and rest areas.

Another $2.5 billion will be distributed later outside the NEVI program for discretionary grants supporting chargers in rural areas and disadvantaged communities. But the NEVI program sets out its equity considerations as well. It specifies that state plans must be consistent with the Biden administration’s Justice40 initiative by making the charging network accessible to both urban and rural residents and having at least 40% of its benefits flow to disadvantaged communities.

Chris Bast, who worked on a $14 million charger deployment in Virginia and is now the director of EV infrastructure investments at the Electrification Coalition, said a clear policy directive will make sure every dollar is well spent.

“This isn’t just practice anymore. States will know their approach and will deploy infrastructure in a way that meets their objectives,” Bast said. “I don’t think we’ll see any chargers hidden. This is the kind of investment that ensures every consideration is in place to make sure people can see and access these chargers.”

As part of its 2017 Drive Clean Seattle plan, the city of Seattle called on utility Seattle City Light to install 20 public fast chargers and 200 level-2 residential chargers in two years. Due to administrative delays and the COVID-19 pandemic, only 17 public fast chargers have been installed so far — with four more scheduled by the end of June — but Seattle City Light capital projects coordinator Jacob Orenberg said they have filled a necessary spot in the market.

Seattle has 724 public charging ports, counting those from both public and private operators, according to ChargeHub. Orenberg said they tend to be concentrated in the downtown core and wealthier neighborhoods. Utility-installed infrastructure, he said, “can fill in the gaps where we want people to have access, especially in neighborhoods that are lower-income and traditionally overlooked.”

“We think we can do the most good by filling those needs,” he added.

Orenberg said the utility works with community leaders to identify the best location in a neighborhood for a charger. Often that has meant visible, high-traffic areas like shopping centers and grocery stores that reflect where people are already going. A charger near the city’s Madison Park shows higher use on pleasant summer days and declining traffic in the winter, a reflection that people are using chargers when they’re available and convenient.

Advocates are likewise calling for underserved communities to be prioritized in the Biden administration’s rollout. Even with funding set aside for those communities and specific direction in NEVI to consider equity, advocates warn that outreach is necessary. Speaking in January ​​at the National EV Charging Summit hosted by the EV Charging Initiative, National Urban League Executive Vice President Don Cravins said there’s a risk the benefits will not reach the communities that most need them.

“If we do this right, and we all start on the same page, we can make an impact,” Cravins said. “We cannot afford to mess this up, both environmentally and health-wise and economically.”

Simply choosing a visible, user-friendly spot may not be enough. Fast chargers need a lot of electricity flowing to them, which can require costly new or upgraded connections to the electric grid.

“Interconnection is usually slow and cumbersome,” said Electric Era’s Lee. “So many times you see chargers by the dumpsters behind a department store because that’s just where the power is. We need to change that.”

Chris Kalima, vice president of product management for Intertrust Technologies Corp., said “soft costs” are often a barrier to getting chargers installed. Even if a site looks good, operators need to know how much power a utility can provide there, how the site will be connected and even what physical resources might need to be built. Intertrust has been working on secure data platforms that allow utilities, property owners, transportation departments and other planners to share resources, identifying the most efficient spots for chargers.

The NEVI guidance lays out direction to ease those challenges. Funds can be spent on renewable generation and energy storage that contribute to charging, so stations could be built with solar panels and batteries to reduce connection costs. States are also directed to expedite interconnection permitting, reduce regulations related to electricity generation and minimize utility fees.

Lew Cox, director of business development at mobile infrastructure consulting firm MD7, said governments can take lessons from the rollout of cellular sites in the 1990s, when permitting and property issues often slowed development. Having led companies through that process, Cox’s company is now working to lend its expertise to EV charger rollouts.

“I think the balance should be more towards thoughtful deployment than speed. You don’t want to be coming back later and redoing your site because it’s not right,” Cox said.

Ultimately, planners need to do whatever it takes to make EV chargers as visible and comfortable as possible to give drivers the confidence they can drive an electric car, said Electrification Coalition Executive Director Ben Prochazka. While chargers and vehicle sales were once thought of as a “chicken-and-egg” problem, with no consensus on which needed to come first, Prochazka said both can work in tandem as sales pick up.

“I say it’s more like chicken and waffles, these two things go hand in hand together,” he said. “This is no longer a drill, this is no longer a pilot. This is a national program, and that changes the entire complexion of this system.”