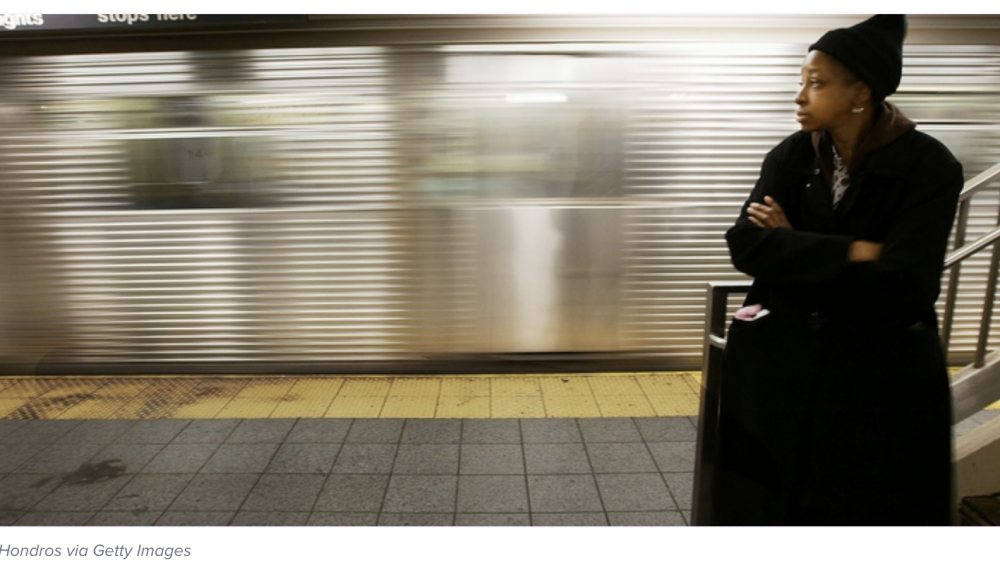 Women are three times more likely than men to worry about their safety on public transit. They also rely more on public transportation, where sexual harassment and more serious gender-based violence can be commonplace for many.

That reality can lead women to choose more expensive travel options – driving or ride-hailing – creating what Sarah Kaufman, associate director at the New York University Rudin Center for Transportation, called a “pink tax” in a recent study she helped prepare.

“That then translates to reduced ridership on the train, which can be a recipe for more crime because there are fewer witnesses or potential people to intervene,” said Kaufman.

But crime isn’t the only factor imposing extra financial burdens on women. Nationally, 61% of women are caregivers and are more likely to be traveling with children in strollers or people in wheelchairs. Kaufman points out that fare gates and turnstiles often aren’t wide enough to accommodate these mobility devices. Train stations frequently lack working elevators. Bike shares and ride-hail vehicles are absent child seats.

Safety concerns increase after dark. In a focus group conducted as part of the LA Metro study, most women said they would consider switching to a ride-hailing service after 8 p.m. or 9 p.m.

That concern was echoed by Melissa Faith Hart, founder and CEO of e-BodyGuard, a mobile app that makes it easier to report a crime. She explained that if it’s nighttime and she’s going alone to downtown Denver, “I would never get on the light rail.” With a background in public safety and technology, she helped prepare the Rudin Center study. “When sexual harassment or assault does occur,” the study determined, “too often the incident is difficult to report, and the offender is not held accountable.”

The app enables users to directly contact 911 and collect photos and information at a crime location. “My hope is that by giving control to the community from this type of app, when an incident occurs the criminal justice system can respond quicker and faster and not re-victimize that victim,” she said.

The Rudin Center study involved a series of three workshops with a diverse group of 65 participants, Kaufman said. The outcome was a selection of workable ideas developed by the participants and facilitators, who worked together to form actionable recommendations. Better incident reporting was top of the list.

The next step is to put some of these initiatives into action, Kaufman said. “Now that these ideas are out there we can help develop public-private partnerships that would allow for some of these solutions to come to life.”