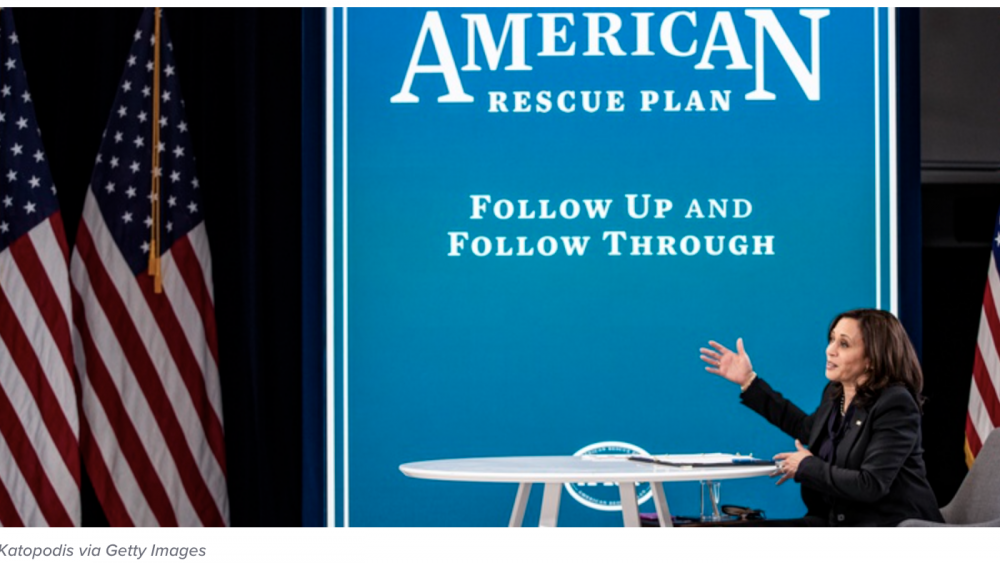 It’s been over half a year since the American Rescue Plan Act (ARPA) became law, and local officials are continuing to allocate, process, distribute, and make sense of how the tranches of millions of federal dollars individual cities are receiving will impact municipal operations and residents’ quality of life in the years to come.

As local governments work through the historic influx in funds, numerous factors poised to influence spending decisions are at play, including the still pending infrastructure bill, availability of competitive grants and even some attempts to engage residents on spending decisions.

Some state, local, territorial and Tribal governments have shared details in recent weeks and months about the wide range of initiatives that the new funds will support, such as efforts to mitigate food deserts, replace lead service lines or create flood protection.

The $1.9 trillion plan’s $350 billion in fiscal relief funds — a little over one-third of which goes to local governments specifically — was inspired by pandemic-driven financial distress. The majority of large city and state recipients have yet to spend those widely flexible dollars, a recent report highlighted. Recipients have until the end of 2024 to define spending commitments, and have until the end of 2026 to actually spend the available money.

A September survey by the International City/County Management Association (ICMA) with more than 530 town, city and county manager respondents, found that among key potential spending categories — like public health needs and replacing lost revenue — water, sewer and broadband investments are receiving the most attention. Some 84% of local governments indicated they’re actively considering allotting ARPA funds for those purposes.

Many cities are moving forward with strategizing on how to maximize ARPA funds without knowing exactly when or how much they may receive to put toward infrastructure needs, specifically from a potentially similar historic windfall from a federal infrastructure package. ICMA Director of Public Policy Elizabeth Kellar said there are so many infrastructure needs that worrying about saving the more flexible ARPA funds for non-infrastructure initiatives may be overblown.

Still, Baker Tilly Principal Kate Crowley, who leads the firm’s public sector advisory practice that works with municipalities who have solicited outside help to handle ARPA, noted that for the local governments who can afford to do so, watching and waiting could be a good move. “We are encouraging our clients to strategize and to take the time to do that,” Crowley said.

For governments who can afford to wait a bit: “When the time comes that we know the details of the infrastructure bill and what will be eligible and how the monies will be available to state and local entities, that’s where a strategic funding plan can come into play,” Crowley said.

Still, Crowley acknowledged there are also communities “that don’t have that luxury of time” — for example, those in need of broadband infrastructure. The advice for “really any community with a critical infrastructure need that can’t wait” is to “make the best decision now with the information that you have,” she said.

Even with the opportunity to pay to bring in outside help, “The capacity of local governments and other stakeholders in many places is not at the scale it needs to be to organize for success, to understand the myriad of sources that are coming from the federal government, and how to match those with local priorities,” said Bruce Katz, director of the Nowak Metro Finance Lab at Drexel University, describing a potential “delivery crisis” due to cities not being used to this kind of federal funding flow. “I think we’re still early days here.”

Philadelphia Budget Director Marisa Waxman noted during a recent National League of Cities event that the city’s use of ARPA funds for revenue replacement, or “new money for old stuff,” is “a little unsatisfying to the public.”

That scenario gets at a broader point on the messaging and engagement opportunity cities have.

“I think it’s very important for cities to be transparent about the investment decisions that are being made. In some cases like Philadelphia because of the fiscal shortfall, it’s really important for residents to understand that a large proportion of flexible funding will go towards dealing with the budget crisis,” Katz said. “And then I think what needs to be communicated is what shoring up local revenues means, and what kind of services will continue to be provided in a quality and effective way. So even when funds are being used to deal with fiscal crisis, there’s still a moment for communication with residents.”

Kellar shared similar sentiments, and noted the opportunity in other grants. “I feel for the cities like Philadelphia and Chicago that obviously have very serious revenue challenges, and therefore being able to use this ARPA money for those revenue needs is really important,” Kellar said. Not to be forgotten, though, are more specific grant programs that could “help them advance in areas that are otherwise not as not as much funded by ARPA.”

Outside of the calculated allotments to different municipalities, the legislation carved out numerous competitive grant opportunities. One early example is the Build Back Better Regional Challenge, first proposals for which are due Oct. 19 to the U.S. Department of Commerce’s Economic Development Administration. It’s meant to spur economic revitalization through collaborations in regional clusters.

If smaller communities can agree on what their competitive assets are, “They do have the ability to create wealth in this,” Katz said.