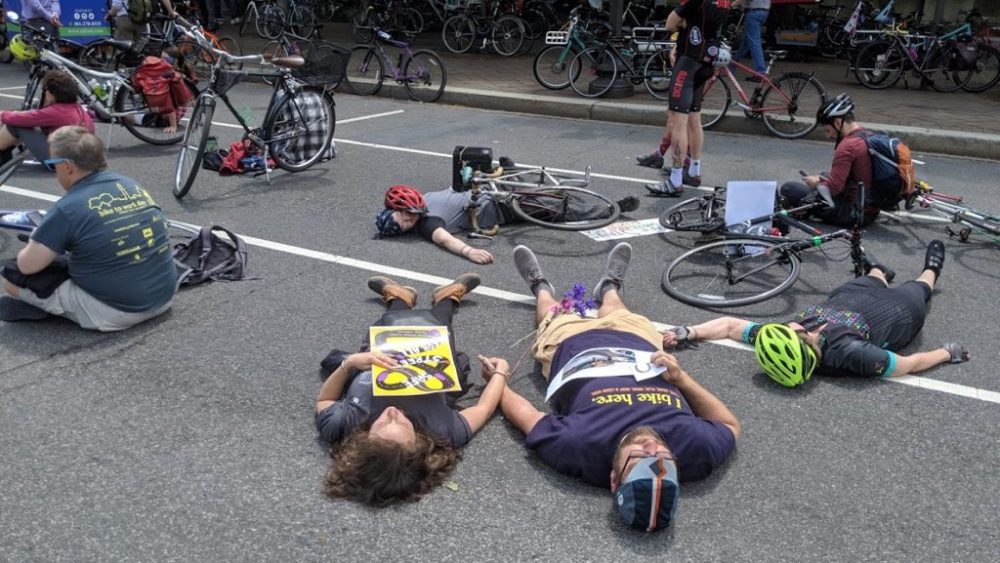 D.C. Auditor Looking Into Vision Zero Program, Which Has Only Reduced Traffic Fatality Total Once In Six Years

The Office of the D.C. Auditor will undertake a 10-month investigation into the work of the District’s Vision Zero program, the city’s flailing effort to eliminate traffic deaths and major injuries by 2024.

While the District Department of Transportation has implemented a number of interventions, the numbers are stark: D.C. hit a decade high of 37 traffic deaths last year, despite record low traffic numbers.

Mayor Muriel Bowser adopted the goal in 2015. Since then, the city has seen an increase in deaths every year, except 2019. The city’s trajectory largely mirrors national trends, including in seeing an increase in fatalities during the pandemic. Fatalities have been cut in half since the turn of the century when D.C. had 72 deaths, but the trend has since leveled off.

It’s unclear how those changes may have saved lives, but people are dying on the District streets, including several children in recent months.

“DDOT has a robust set of safety programs in place to achieve Mayor Bowser’s Vision Zero goals, and we look forward to working with the DC Auditor to help increase the public’s understanding of those efforts,” Acting Director Everett Lott said in a statement on Thursday.

The audit will include interviews with staff, an analysis of applicable laws and regulations, and a look at program data and reports.

Auditor Kathy Patterson said the Vision Zero program has long been on her docket after a 2018 letter signed by hundreds of safety advocates, including Rachel Maisler, Matthew Sampson, and Dave Salovesh, who was killed on his bike by a driver in a vehicle just a year later in 2019.

“If the Mayor-backed initiative created to eliminate traffic fatalities is not working, we want to know why and to what extent it’s costing DC taxpayers,” the letter reads.

Patterson said they wanted to wait a few years so the program had time to develop, “but it’s an incredibly important topic, and obviously, a huge amount of community interest.”

The office is requesting a number of documents and datasets for fiscal years 2019-2021, including a list of traffic fatalities and DDOT responses, a list of traffic safety assessment requests, federal funds received and spent, policies and procedures, and org chart and progress reports.

“We’ll be looking at the broader issue of what has the District of Columbia done since the initiative in 2015, in terms of trying to address safety on our streets,” Patterson said. “Yes, we’re going in the wrong direction. It merits looking at what exactly is it that we are doing.”

ANC 4B01 Commissioner Evan Yeats, who sits on a Vision Zero committee, said the program is the right idea “that has tragically been on the wrong track for a while.”

Maisler says she “hopes this audit will shine a light through the smoke and mirrors that have been impeding the potential of the Vision Zero program.”

“We deserve to know why pedestrians, bicyclists, and drivers are not safe on D.C.’s roads,” Sampson said. “I hope that the audit will set forth a road map for the mayor to follow through with her promise.”

Patterson says she knows there are people within DDOT that take the issue seriously and that the auditor knocking on the door isn’t necessarily a bad thing.

“We hope to be invited in, to have the folks say, ‘yes, help us figure out what we could be doing better,'” she said. “That’s really the best outcome.”