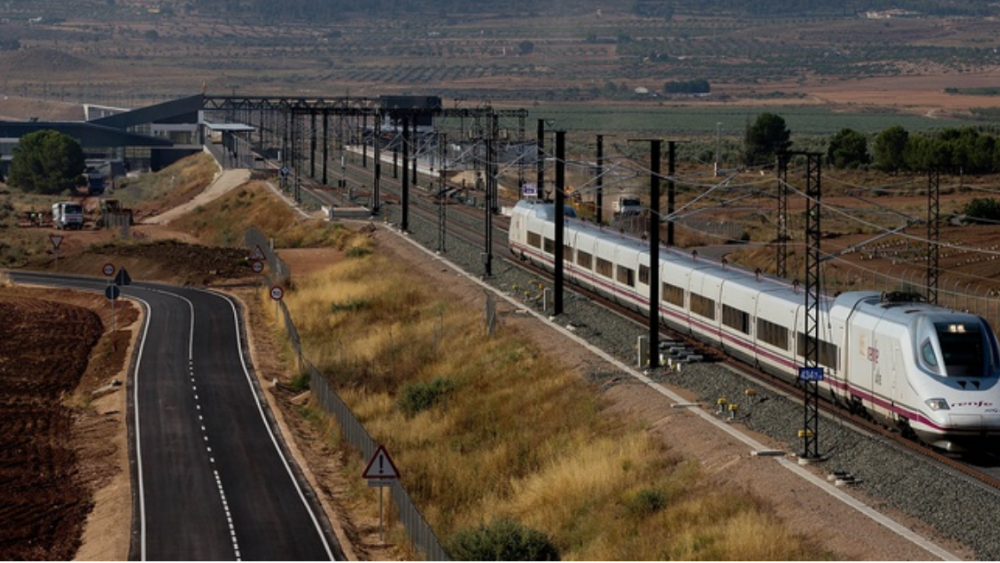 At a congressional hearing Thursday, high-speed rail supporters said it could cut congestion and connect communities, but troubled projects in California and Texas remain front of mind for opponents.

High-speed rail advocates talked up its benefits at a congressional hearing Thursday, while opponents raised concerns around how projects can be financed and be economically viable.

Supporters’ testimony before the House Transportation and Infrastructure Committee’s Subcommittee on Railroads, Pipelines and Hazardous Materials focused on how high-speed rail could translate to reduced congestion, new job opportunities and economic revitalization for communities.

But the specter of the troubled California High-Speed Rail project loomed large for opponents, who said it showed that similar projects are not feasible, even as elected leaders talked up the potential for a robust network.

“High-speed rail could be the technology that fully unlocks the potential of passenger rail travel in this country,” said Subcommittee Chair Donald Payne, D-N.J. “Other countries have integrated high-speed rail systems into their transportation networks and the United States has an opportunity to do the same.”

Supporters said the major benefit of high-speed rail would be to reduce traffic congestion by giving people more options to travel. While the coronavirus pandemic had a major effect on congestion last year, there are signs that trend is reversing as people return to the office and in-person education.

By promoting another mode, it would encourage people to think beyond driving, while also reducing emissions from the transportation sector, they said.

“The reality is that there are constraints that limit what our current transportation options can provide, and we need to diversify the modes Americans use,” said Danielle Eckert, international representative of The International Brotherhood of Electrical Workers.

“Today, in Los Angeles, our economic growth is compromised because access to jobs is sharply constrained, not because individuals do not have the skill sets needed for a job, not because they lack the education,” he said. “No, they simply cannot get to a job location within a reasonable amount of time.”

That congestion is not limited to highways. Rep. Tom Malinowski, D-N.J., noted how busy trains are that connect New York City to nearby areas, and that they travel at the same speed as they did a century ago. He said if high-speed service was available, people would have “greater freedom” on where they live and work.

Committee Chair Peter DeFazio, D-Ore., said investing in rail would mean a change in thinking for state transportation departments, many of which he said are still “stuck in the Eisenhower era” and focused only on widening roads.

Rep. Marie Newman, D-Ill., said that while there may be obstacles and challenges ahead when it comes to making high-speed rail a reality, elected officials need to “stop quibbling” and make progress, as the opportunity cost of inaction is too high.

“I think we have to start coming together and thinking about how we get this done, and not why it should or shouldn’t be done,” she said. “It’s clear it needs to be done.”

Andy Kunz, president and CEO of the US High Speed Rail Association, said the country faces a crucial moment, and should look at high-speed rail in the same way it did the interstate highway system.

“Building our national high speed rail network should be as important and historic as Eisenhower building the interstate highway system back in the 1950s, which created the framework for our continued prosperity we all enjoy today,” Kunz said.

Subcommittee members and witnesses noted the limited money available for high-speed rail projects but said the federal government should take a leading role in getting it built.

Kunz called for a High-Speed Rail Development Agency within the U.S. Department of Transportation to work with states to plan a national network, lead projects and standardize development to get them completed quickly.

Kunz also urged immediate investments in the top five high-speed rail projects and that they be designated as “projects of national importance.” And he called for a Rail Trust Fund to fund infrastructure projects, similar to the Highway and Airport and Airway Trust Funds. John Porcari, a former Maryland Secretary of Transportation, echoed that call for a new trust fund.

“For those of us who strongly believe that project choices should be made at the state and local level, the establishment of this third trust fund would for the first time enable local jurisdictions to advance projects that are truly their priorities for the future,” Porcari said.

That proposal is similar to President Joe Biden’s American Jobs Plan, which calls for an $80 billion investment to maintain and modernize Amtrak, but also notes that rail “lacks a multi-year funding stream.”

The trust fund idea did not receive unanimous support on the subcommittee. Rep. Tim Burchett, R-Tenn., asked how to generate revenue for a new trust fund without raising taxes or implementing new ones. In response, Porcari said it should be eligible for every revenue source, and any new ones on the horizon.

California’s travails with high-speed rail also came up repeatedly. Subcommittee Ranking Member Rick Crawford, R-Ark., said the troubled project shows the need to “ensure that any federal policies and funding are balanced with a realistic analysis of the needs, consumer demand, and best use of taxpayer dollars.”

The high-speed line, which has been scaled back from the original plan of connecting Los Angeles to San Francisco, was estimated to cost $33 billion and be completed last year, but its projected cost has now swelled to over $100 billion, with construction ongoing.

While Crawford and Rep. Michelle Steel, R-Calif., were keen to note they are not opposed to high-speed rail generally, they criticized its cost, impact on landowners and unpopularity.

“This is a taxpayer-backed disaster, with no expectation of it working today, tomorrow or next year,” Steel said.

Another high-speed project to come under fire was the Texas Central high-speed line, which is expected to connect Dallas/Fort Worth and Houston but was panned for its promises to rely on private dollars for construction and the lack of an economic viability study.

“I am urging you to proceed with extreme caution,” Waller County, Texas, Judge Trey Duhon said. “Before you decide to give billions of taxpayer dollars to build this ‘private’ project, consider why you should simply take this company’s word that construction is around the corner and that the project is financially feasible, when history has already proven their word means nothing.”

Rep. Seth Moulton, D-Mass., who has sponsored a bill to invest $205 billion in high-speed rail, noted the public money highways and airports receive for construction, even though they are not money-making ventures.

“It’s interesting, you never hear a highway project being sold on private investment,” he said.

DeFazio noted the contrasting spending levels since World War II in various sectors of infrastructure. He said the United States has spent $2 trillion on highways in that time, and put $777 billion into aviation, but only $90 billion into rail, a figure he said is too low.

“We wonder why we have a decrepit, pathetic network in this country,” DeFazio said.