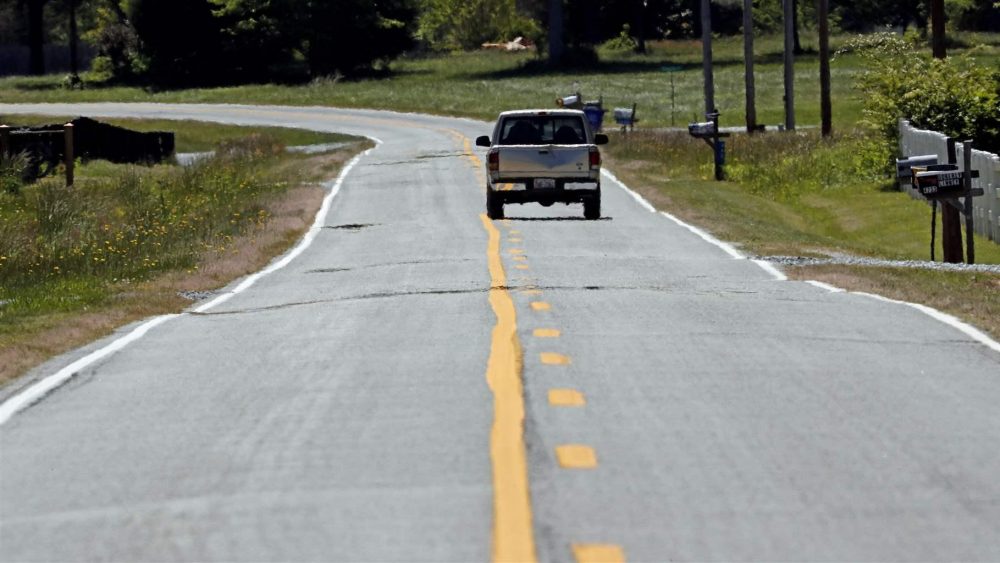 For decades, rural communities have struggled to maintain crumbling roads and bridges in the face of shrinking tax bases and diminishing resources. COVID-19 has only made the situation worse, by halting infrastructure projects and diverting public resources away from repaving roads to public health.

In theory, the $1.2 trillion infrastructure law that President Joe Biden signed last week should provide a huge boost. Much of that money will flow to state governments, with the most populous states getting the largest amounts. Then cities, towns and counties will compete for grants and loans, with state officials deciding who gets what. Federal officials will maintain control of about $120 billion, part of which will be doled out through competitive grants.

But rural leaders worry that they lack the staff and matching dollars to compete with bigger cities for their fair share of the bounty.

State agencies ought to help small communities that don’t have the people or money to compete with larger neighbors, said Shawn Wilson, secretary of the Louisiana Department of Transportation and Development and the newly elected president of the American Association of State Highway and Transportation Officials.

For some rural and small-town communities, sometimes the question isn’t whether they can secure the funds, Wilson said in an interview, but rather: “Can they actually close the deal on the grant, implement the grant and not find themselves in all kinds of trouble because of not following federal regulations or not being accustomed to it?

“Those are real issues that happen in rural communities all across the country today.”

In Doraville, Georgia, for example, Mayor Joseph Geierman said his staff is too small to have a dedicated grant writer, which might hurt the town’s chances to get federal money. And because Doraville’s tax base is so small, Geierman worries the town, which has about 10,000 residents, will miss out on any money that requires cost-sharing or matching funds.

If his administration applied for $1 million and had to cover 20% of the cost on its own, he said, it wouldn’t be able to do it.

Metropolitan-based government planning organizations often are the entities doling out funds, he pointed out, leaving towns to compete with one another in often elaborate processes.

“You got to work through their methodology,” Geierman said. “And sometimes, it doesn’t always seem very clear about how determinations are being made about who does or doesn’t get the funding.”

Hladik, of the Center for Rural Affairs, said state agencies have to market their plans to their communities.

“It’s very important for a state to take this seriously, to think about a robust outreach campaign and think about communicating directly with these boards, with these municipalities, with these communities, laying out the expectation, laying out the opportunity and encouraging feedback from everyone, because it’s so easy just to sit back and let this opportunity pass,” Hladik said. “And I’m afraid that’s what’s going to end up happening for some people.”

In an email, Natalie Dale, a spokesperson for the Georgia Department of Transportation, said the department “is committed to working hand in hand with our local partners to ensure that the benefits of the historic infrastructure bill are felt in their individual communities.”

But in Georgia and other states, many rural officials and residents, particularly Black people, have their doubts. For decades, federal infrastructure money has flowed to some communities at the expense of others—especially communities of color.

Faith Dixon, a Black Lives Matter leader in North Dakota, said she was excited when she heard about the massive infrastructure deal, particularly the money to improve water systems and roads.

But she said questions such as, “Will the money go back into communities that are underrepresented?” and “Will it actually be used to build up rural communities?” began to cloud her mind.

“We see the streets are not fixed. We see potholes. We don’t see a lot of nice buildings, but we do see in [affluent] areas … new bridges, new parks, new streets,” Dixon said. “We want to make sure that that money is well spent. And that money is put back into the community.”

In Clarksdale, Mississippi, a predominately Black town where about 36% of people live in poverty, Mayor Chuck Espy said the town has struggled to pay for infrastructure repairs for years.

In 2019, voters passed an infrastructure bond bill to mitigate flood issues, pave sidewalks and repair bridges, but the city had to find matching grant opportunities to help offset the tax increase on residents. After applying for various grants, in 2020 the city received a federal Community Block Development Grant and funding from the state transportation department. Even then, at least one project’s fate was dependent on more grant funding, the Clarksdale Press Register reported.

“We talk about delivering for the Delta, but the upper echelon of [state lawmakers] attempts to take care of the Gulf Coast and east Mississippi first,” Espy said. “They need to honor what they’ve always said, ‘To make sure those dollars are disproportionately and equally distributed.’”

Jas N Smith, a spokesperson for the Mississippi Department of Transportation, said the agency will secure funding for as many local projects as it can, but that will depend on the amount of available money and the scope of projects being proposed.

In addition to the state’s transportation commissioners and internal engineers, Smith said the county governments play a role in ranking and prioritizing infrastructure projects and which towns should receive funds. And project decisions can depend on population, time, need and safety, he said.

Smith said his agency has always prioritized projects that need to get done for safety reasons.

“If there’s a major safety concern, we’re gonna find a way to do what needs to be done to make the highway safe for everyone, but that means some of the other projects that weren’t safety-based got pushed back some.”

However, there isn’t a plan right now, Smith said, for how funds will be rolled out or to whom.

Hladik called on state officials to heed the concerns of rural leaders as they receive more information about the rollout of the infrastructure package.

“The local leaders we have in rural communities are just trying to do their best,” he said. “They’re just making sure that the roads have gravel on them.”