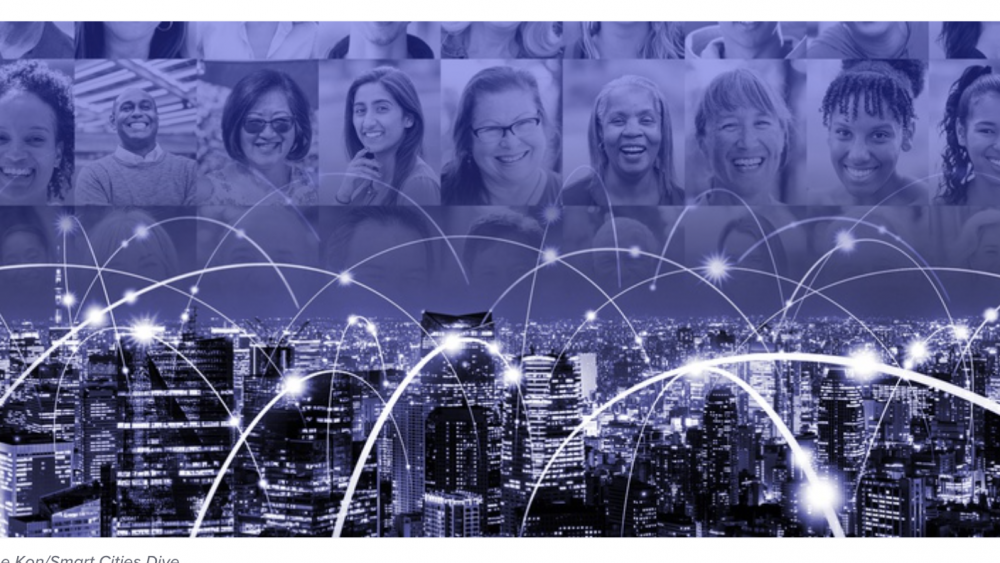 Smart cities grapple with equity issues heightened by the pandemic

Why are smart city leaders concerned about equity? Because injustice has been a feature of many cities from the very beginning.

In what is now the county of Dallas, the first recorded commercial transaction took place on March 17, 1844, when an enslaved Black woman, named Jane, was sold to John Young for $400. The land that Young and other White settlers made their own belonged to Indigenous peoples who were resettled west of present-day Fort Worth in an 1843 treaty.

The history of Dallas is a history of displacement, segregation and structural inequality, according to a 2019 report by Dallas Truth, Racial Healing & Transformation (THRT), and it is a history that continues to shape life for the city today. Dallas has the highest child poverty rate among the nation’s largest cities, the report states, and those children are disproportionally Latinx and African American.

Urban Institute research found Dallas to have the highest level of income inequality among the 570 metropolitan area commuting zones studied. The average income of those in the lower 10% of Dallas tracts by income declined $3,149 from 1990 to 2010, while the average income in the top 10% of tracts rose $31,769.

An initiative of the W.K. Kellogg Foundation, Dallas TRHT has partnered with the city to address structural equity issues, said Executive Director Jerry Hawkins. Its approach includes “sharing a more expansive history,” racial healing circles and community healing events, which they hope will lead to changes in city policies and practices, said Hawkins.

Equity is a concern of Dallas’ smart city efforts as well. “The City of Dallas has used historical data, environmental data, digital access data and a slew of other data sets to visualize and understand the current status of various inequities existing in our city,” said Amanda Nabours, IT architect for the city of Dallas, in response to a Smart Cities Dive survey on smart city efforts.

Numerous survey respondents noted how their efforts to date, as well as the pandemic’s impacts, have moved equity to the forefront of their concerns. These cities aim to help residents bridge the digital divide, providing better access to education, transportation and jobs, while ensuring they have a say in cities’ use of technology.

Technology as an essential service

In an interview, LeeAnn Hall, executive director of Just Strategy, a team of community organizers, defined equity as ensuring “that people of color, low-income communities, seniors and people with disabilities have access to jobs, healthcare and education.”

When cities moved nearly all services online during the pandemic, the lack of access to such services increased long-standing inequities. “If your kids [are] at home, and you’re going to have them learning anything, you’re going to have to have technology,” said David Sloane, a professor in the Department of Urban Planning and Spatial Analysis within the Price School of Public Policy at the University of Southern California.

In Dallas, “Our Broadband and Digital Equity Strategic Plan, created in partnership with the Dallas Independent School District (DISD), was commissioned to identify the magnitude of digital equity challenges and broadband gaps,” said Nabours. The city looked for ways to help give residents access to affordable, high-speed home broadband service “and possess the devices and skills necessary to make [the] fullest use of broadband,” she said.

Phoenix Mayor Kate Gallego, responding to the survey, said her city used Coronavirus Aid, Relief and Economic Security Act funding to provide laptops and hot spots to students, seniors and public housing residents. “When students and workers had to transition to learning and working from home, [the] inadequate access to computers and WiFi was highlighted,” Gallego said.

But the digital divide goes beyond schooling. “The truth is, we cannot push out new services to our city and our residents and our businesses and our seniors and our Black and brown communities unless we know that they are able to access those services,” Washington, D.C.’s Office of the Chief Technology Officer said in their survey response. “And if we do not work together across government, nonprofits, academics and industry to come up with a streamlined solution that’s right for Washington, D.C., we missed the boat. And that’s not acceptable.”

In San Francisco, “accelerating the city’s deployment of municipal fiber that provides free internet service to affordable housing locations has resulted in over 7,000 housing units connected,” said Linda Gerull, the city chief information officer and executive director of the department of technology for the city and county of San Francisco, in her response to the survey. “With this service comes digital literacy training to build skills [and] provide remote education for students and telehealth for seniors.”

“The intersectionality of inequality in the urban environment touches all of the big issues in a city — from housing, to schools, to the allocation of resources,” said Kris Carter, co-chair of the Mayor’s Office of New Urban Mechanics in Boston, responding to the Smart Cities Dive survey.

Carter provided an example of one solution Boston implemented. “The city launched a program called Streetcaster, which was a way to more equitably distribute resources in our sidewalk repair program,” he explained. They used data from calls to Boston’s 311 service — a phone number for citizens to report non-emergency issues — along with other social vulnerability metrics to respond to requests more equitably. “It also was a teaching moment that much of the inequities in our city are systemic,” Carter said. “They are deeply rooted in past practices, program design, policies and law.”

A seat at the table

“What’s most concerning about transportation and equities has been just the fact that none of these communities have been at the table,” said Heidy Persaud, director of transportation equity at the Center for Neighborhood Technology, a Chicago-based organization focused on urban sustainability.

But that’s changing, said Persaud. “There’s an interest now in listening and in really engaging when it hasn’t necessarily been there before.”

City leaders and nongovernmental organizations agree that community engagement is paramount for achieving improved equity. “We’ve learned that we must partner with BIPOC communities to co-create policy and design our data and technology programs and projects,” said Portland, Oregon, Smart City PDX Manager Kevin Martin in his survey response, referring to Black, Indigenous and people of color communities.

Similarly, Emily Yates, smart city director for Philadelphia, said in response to the survey that “There need to be new ways to engage the Philadelphia community early on in our processes, and the city is working hard to identify partnerships that can help with that.”

In San Antonio, Brian Dillard, chief innovation officer, responding to the survey, said that in developing the city’s digital equity road map, “We engaged 140+ community entities through interviews, an inventory survey, and focus groups” along with conducting other research. “Ultimately, our initiatives will close the digital divide for key population segments including households, students, older adults, veterans, people living with disabilities, the workforce, telemedicine, and the justice system,” Dillard said.

Libero Della Piana, senior strategist at Just Strategy, noted in an interview that “oftentimes, it’s low-tech solutions that already exist, and that are within reach, which can address these questions of equity.” For example, he said, “An investment of public transit is an investment in a sustainable world, and it’s also an investment in communities of color and underserved communities because they ride transit more than anybody else.”

Persaud counseled that because big construction projects take time, it’s important to undertake some smaller, less expensive and time-consuming projects in the interim like parking for bicycles or space for pedestrians. “It builds goodwill,” she said. “It shows the community that you’re already investing in them, and it’ll keep the interest and the momentum.”

Houston Mayor Sylvester Turner has been a vocal advocate for using technology to address inequality, according to Jesse Bounds, director of the mayor’s office of innovation, in response to the survey. “The last five years have only served to increase the urgency across all local governments to address these issues head-on,” he said.