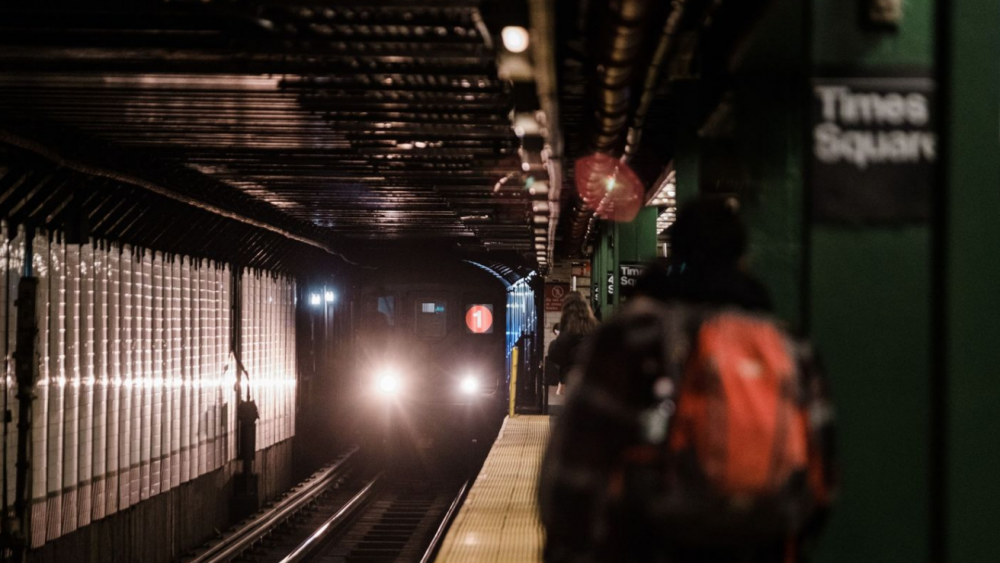 Like a tree without roots or a body without a spine, New York City would collapse without its subway system. That kind of dire outcome is a real risk if transit cuts proposed in New York and elsewhere come to pass, experts say, as the pandemic wreaks havoc on agency budgets.

New York’s Metropolitan Transportation Authority faces a $16.4 billion deficit through 2024; officials have asked for $12 billion in emergency relief by the end of 2021. Without that aid, the agency warns that it would be forced to make severe service cuts. In a plan presented on Wednesday, the MTA proposed to slash service on subways by 40% and on two commuter rail lines by 50%. Up to a quarter of bus routes across the city face service cuts and more than 9,300 jobs would be eliminated in 2021.

Andrew Albert, the non-voting rider advocate on the MTA board, had a stark assessment of the plan: “This would absolutely be an end to the New York way of life,” he told the New York Daily News.

For urban straphangers — and the broader economies that depend on them — the coming months do indeed look grim. In cities across the U.S., rail and bus ridership was pounded in March and April as fears of infection and lockdown orders kept commuters at home or on alternative forms of transportation. Even as some of those workers have returned to the office, few have returned to buses and trains. In New York City, ridership on the subway remains at about 63-70% below pre-pandemic levels; nationally, transit ridership is about 76% below those levels, according to the American Public Transit Association.

Agencies received $25 billion in aid as part of the $2 trillion CARES Act passed by Congress in March, which has kept them running this far. But that money was never expected to last long for big cities with transit budgets that rely heavily on fare revenues, like New York, Washington, D.C., and Bay Area Rapid Transit.

“We are doing a lot of contingency planning,” said Janice Li, a member of the BART board of directors, which is discussing offering early retirement incentives for employees to offset the $33 million deficit the agency expects to hit next summer. “We’re holding on to our existence here, and trying to hold on to keep folks employed.”

Li and other leaders say they are cautiously optimistic heading into 2021, which promises an effective vaccine and the arrival of a more transit-friendly presidential administration. But a second wave of emergency funding from Congress will still likely hinge on which party controls the Senate, which is to be decided in the Georgia runoff in January. Even if the vaccine succeeds in controlling the pandemic, ridership may not return to previous levels for years due to the lingering effects of economic recession.

“We’re talking about debilitating the major economic centers of activity in the U.S. if we let this happen.”

That forces big-city operators to weigh worst-case scenario plans. Boston’s MBTA has proposed eliminating commuter rail service after 9 p.m. on weekdays and entirely on weekends, reducing subway frequency, halting ferry service and cutting 25 bus routes, among other service scale-backs starting next fiscal year. In Washington, D.C., WMATA officials have forecasted hollowed-out service, furloughs for non-union employees, and possible layoffs. Leaders at Chicago CTA have warned of deep cuts next year to close its $372 million budget gap, while San Francisco’s Muni may maintain the elimination of nearly 60% of its bus lines for the next two years if emergency funding does not arrive. In September, the board of directors at L.A.’s Metro approved a plan to axe 20% of bus and rail service.

Mid-size cities are also previewing their doomsday transit plans in the absence of relief. In Denver, RTD brass have said they are likely to keep the 40% service cuts that were made at the start of the pandemic to close the $215 million shortfall the agency faces in 2021. In Atlanta, MARTA officials have said they cannot restore most of the 70 bus routes that were cut in spring until conditions change.

What would such a transit collapse mean for the regions affected? Researchers paint a dark picture. A report by the NYU Rudin Center for Transportation and Appleseed, an economic consulting firm, estimated that MTA service cuts could trigger a cascade of as many as 450,000 lost jobs and a GDP decline of $65 billion across the New York metropolitan region.

“We’re talking about debilitating the major economic centers of activity in the U.S. if we let this happen,” he said. “It’d be a blow to the whole national economy.”

Leaving transit-reliant riders — many of whom are frontline workers who fill pandemic-critical service and healthcare jobs — with long waits and skeletal options would also be a blow to social justice policy goals, said Scarlett De Leon, a campaign and organizing manager at the Alliance for Community Transit, a Los Angeles advocacy group. “We’re talking about riders in low-income communities who are part of our essential workers and who have been hit the hardest during the pandemic,” she said.

But some argue that these grave consequences are the very reason for a dose of optimism. Bruce Schaller, a transportation analyst and former New York City transportation official, said that the existential importance of transit is so broadly understood in major cities that he expects the largest systems will be resuscitated, somehow. Still, he predicted that things will get worse before they get better.

“We know there’s a light at the end of the tunnel,” he said. “It’s hard to say how far it is, and what the shape is. But we will deal with it when we get there.”

Laura Bliss is a writer and editor for CityLab in San Francisco, focused on transportation and technology. She also writes MapLab, a biweekly newsletter about maps.