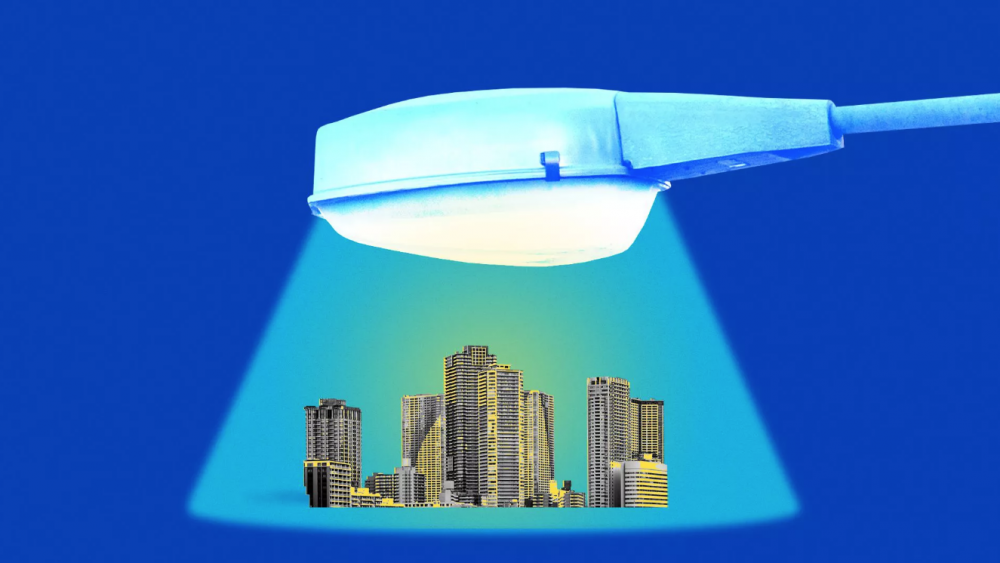 The future of “smart” cities is in street lights

Cities are rushing to replace their legacy street lights with “smart” LED fixtures that could one day be able to find you a parking space, monitor air quality, and announce an oncoming thunderstorm.

Why it matters: Despite a bumpy and controversial start to some smart street light programs, cities are saving tons of money on energy by banishing traditional bulbs — and may soon be able to turn a profit by monetizing data from smart LED sensors or leasing space on light poles.

The big picture: There’s been lots of hype about “smart cities,” where connected technology helps governments serve us better — but also lots of money wasted on expensive projects that fizzled or caused public outcry over police use of camera surveillance.

Today, hopes have coalesced around the potential for “smart” street lights, which bear sensors that can do everything from analyzing traffic patterns to assisting 911 operators.

Cities large and small — including Chicago, Atlanta, Los Angeles, Philadelphia and Cleveland — have been replacing traditional streetlights with LEDs, which consume less energy and can be programmed to dim or or brighten as needed.

“The vision here is to augment the existing infrastructure via the cloud to allow data and additional functionality to flow through what was a dumb asset,” Martin Stephenson, head of North America systems & services for Signify, a major connected lighting vendor, tells Axios.

But, but, but: There’s been pushback on various fronts.

Smart street light experts say the industry has taken heed from the San Diego debacle and pulled back on intrusive applications.

What’s next: Cities hope eventually to turn their smart street lights into cash cows — some of which is happening today.

The bottom line: “We’re seeing a lot of cities buying back their street lights from utilities,” Gardner tells Axios.