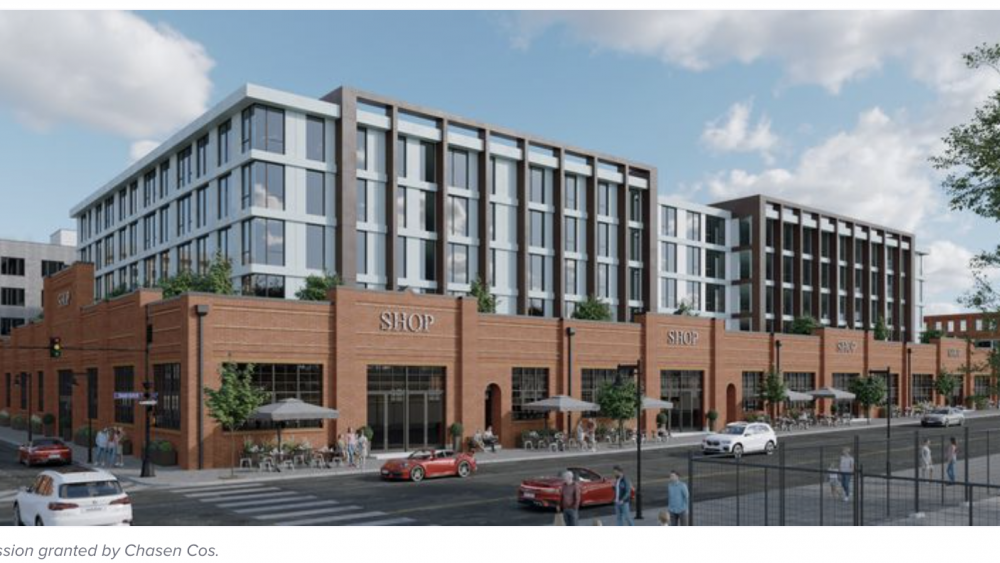 Chasen Cos. built a business model by buying old warehouse, retail and office properties in Baltimore, gutting them and turning them into luxury apartments. The strategy has yielded steady growth since the company’s founding in 2017.

But in the past year, Chasen’s growth skyrocketed as it doubled in size to 609 units under development. The vertically integrated company has contracting and property management services under one roof and was well capitalized when the coronavirus pandemic began.

This positioned it to be ready to pounce as struggling warehouse, retail and office properties came to market.

“Our bread and butter during the pandemic was acquiring Class B assets at the lowest point that we’ve seen in the last 10 years,” said CEO Brandon Chasen. “They all struggled with collections for the first time. So all those owners that have had buildings for 20 or 30 years were ready to sell. They had already made their money and wanted to get out.”

Chasen has developed a reputation for preserving the historic facades and time-worn character of the buildings it buys. Currently, the company is transforming the single-story Meyer Seed building on the border between the bustling Harbor East and historic Fells Point neighborhoods into The Whitney (pictured above), a new five-story luxury apartment complex. It is also revamping a century-old, one-story warehouse in Fells Point to build a new four-story luxury apartment complex called The Chelsea. And, it just closed on 1 Calvert Plaza — an office building it is converting to a 173-unit apartment building with commercial space.

Here, Chasen talks with Multifamily Dive about the challenges of converting old buildings to apartments and about the Baltimore rental market.

This interview has been edited for clarity and length.

MULTIFAMILY DIVE: What are the challenges of converting old buildings to apartments?

BRANDON CHASEN: It used to be that price point was the challenge. Office buildings had a price point that just wouldn’t allow us to acquire them. It wasn’t profitable for us to convert them to apartments.

At this point [after prices have come down], we may have some limitations on how we are able to use windows from zoning and fire-safety perspectives. You have to reconfigure existing stairwells or elevators — the infrastructure set up for office use versus residential tenant use. For the most part, it’s just figuring out what the optimal layout and amenities are and really working from a clean slate once you have everything demoed.

Being so close to the water and the flood zone [in Baltimore], there are also unknowns there. So that’s where our contingencies can really get eaten up. You may find things behind the wall and replace some beams and that kind of stuff, but it’s a lot less risky if you can buy it at the right basis.

Are you limited in your options for floor plan layouts or amenities because you’re going into a building that was built for a different use?

We start from a blank slate [inside] and use existing window openings. That’s a limitation. In the right building, it gives you more limited options. So you can choose from the best of A, B, C rather than the best of A to Z.

How have you seen rents and occupancies move over the last two years?

We’ve always been above 95% from an occupancy perspective, which has been great. Even as we’ve added hundreds of units each year, that hasn’t dropped it off. The real change that we saw was that our rental prices increased as much as 30% or 40% in the peak selling season, March through September of last year. Rates really went up and it didn’t decrease occupancy.

Are you now seeing land prices rise? How have things changed since the pandemic began?

From a land perspective in Baltimore, we have benefited from the negative connotations and splashy headlines that are out there about the city. But if you’re local here, you know the large and significant areas that are really thriving.

We haven’t seen a ton of land price increases because we just don’t have much competition from international or outside investors. Our backyard is thriving and there’s still opportunity, but there’s not a ton of competition.