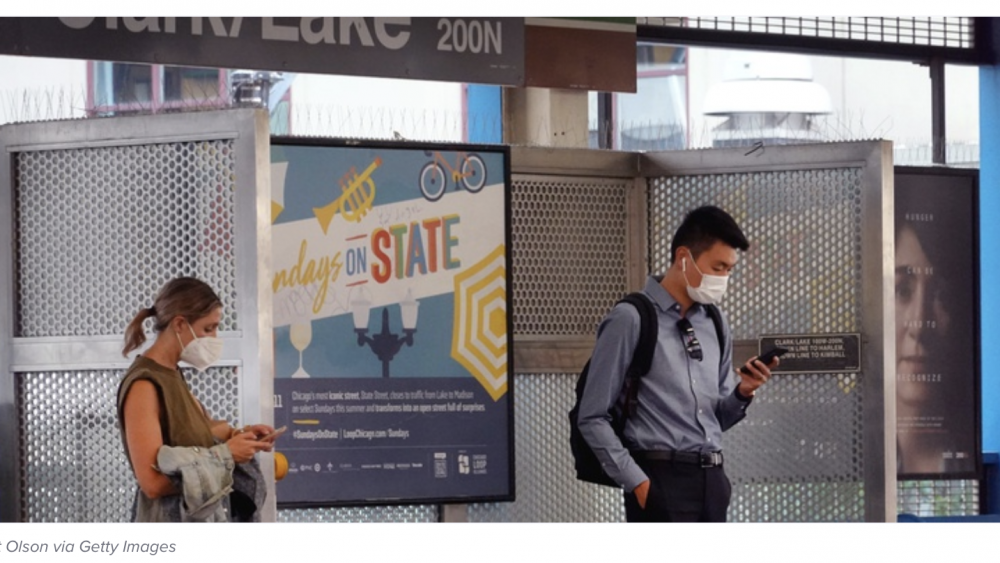 As of September 2021, almost half of U.S. full-time employees were working remotely, either part or all of the time, Gallup found. Moreover, 91% of full- and part-time remote workers across the U.S. hoped to partially or fully work from home after the pandemic.

This shift impacts not just workers and their employers, but many cities, which face revenue declines as fewer people commute to downtown offices. “Commuter-driven revenue could come from the sales tax on a morning coffee, a tax on wages earned in the city or parking fees, for example,” wrote Jeff Chapman, director of state fiscal health for the Pew Charitable Trusts, in an article on the group’s website in February. On average, cities’ constant-dollar general fund revenues declined about 1% in fiscal year 2020, and many cities anticipate a decline of 2% in FY 2021, the National League of Cities found.

Moreover, it’s likely the pandemic’s full financial impact has yet to hit many cities. The American Rescue Plan Act, which passed in March 2021, contained $130 billion for local governments, helping to offset drops in cities’ revenue. New York City, for instance, has used about $3.2 billion from the $5.9 billion it received from the American Rescue Plan to maintain services, said finance commissioner Preston Niblack.

While ARPA likely averted a steep decline in economic activity, it isn’t a long-term solution to the challenges many cities face. To start, the federal government prohibited cities from using ARPA funds in ways that could boost long-term fiscal health, such as replenishing reserves or paying off debt, says Andrew Kleine, senior director, government and public sector, with strategy consulting firm EY-Parthenon.

Given the constraints on federal funding and the likelihood that the drop in commuters will continue, cities need to rethink how they will generate the revenue those workers provided. One step is to work more closely with their state counterparts. While fewer people may be commuting to cities for work, most will remain within the state, said Richard Auxier, senior policy associate with the Urban Institute-Brookings Institution Tax Policy Center. States could distribute more aid to cities, even modestly raising state taxes — like an income or sales tax — if necessary, he said.

The risk, of course, is that the discussions needed to make these changes can devolve into rural-versus-urban battles. To minimize that likelihood, all involved need to recognize “the more you can work together, the more options you can put on the table,” Auxier said.

City leaders also can ask their state legislatures for greater leeway in taxing policy, said Brooks Rainwater, senior executive and director of the NLC’s Center for City Solutions. For example, a change could allow cities to impose a local income or commuter tax.

In addition to identifying new revenue sources, city leaders need to identify parts of the government that could operate more efficiently. New York Mayor Eric Adams asked most city agencies to trim their budgets by 3%. The goal is to “right-size for the longer term,” Niblack says.

Like their counterparts in private industry, some city employees may be able to work remotely. That could cut office expenses, said Jason Grant, director of advocacy with the International City/County Management Association.

It’s likely some city services, such as applying for permits, that once could only be accessed in person became available online during the pandemic and could remain online. Along with saving money, this could streamline these processes. “It’s reimagining how government services are delivered,” Grant said.

Some cities, particularly smaller ones, could economize by sharing services like waste collection with other local governments. The 168 towns that belong to the Connecticut Conference of Municipalities want to “promote shared services” by adjusting collective bargaining agreements and allowing municipalities to repeal portions of their charters that keep them from sharing services with other municipalities, CT News Junkie reports.

While adjusting tax revenues and operating efficiently will be essential, many cities also need to think more expansively. A permanent change in work patterns could lead to large-scale office vacancies, unsustainable transit systems, and ripple effects on retail business, Kleine noted. To counter that, “a new vision for downtowns might include converting office space to residential, using new federal infrastructure funding to improve walkability and access, and expanding green space,” he said.

Cities with robust residential neighborhoods are better able to support local businesses, Rainwater said. This reduces their dependence on revenue from commuters.

San Francisco is already starting. The San Francisco nonprofit Downtown Community Benefit District is developing an action plan to “reimagine” downtown neighborhoods to address the impact of the COVID-19 pandemic. “We are committed to outlining a plan for a new public realm, one that looks to the future of a more resilient, walkable and equitable downtown,” said Executive Director Robbie Silver.

Reimagining cities so they’re places where people want to live, work, and play will be key, Rainwater said. “Creating great places for people is how cities will thrive,” he said.