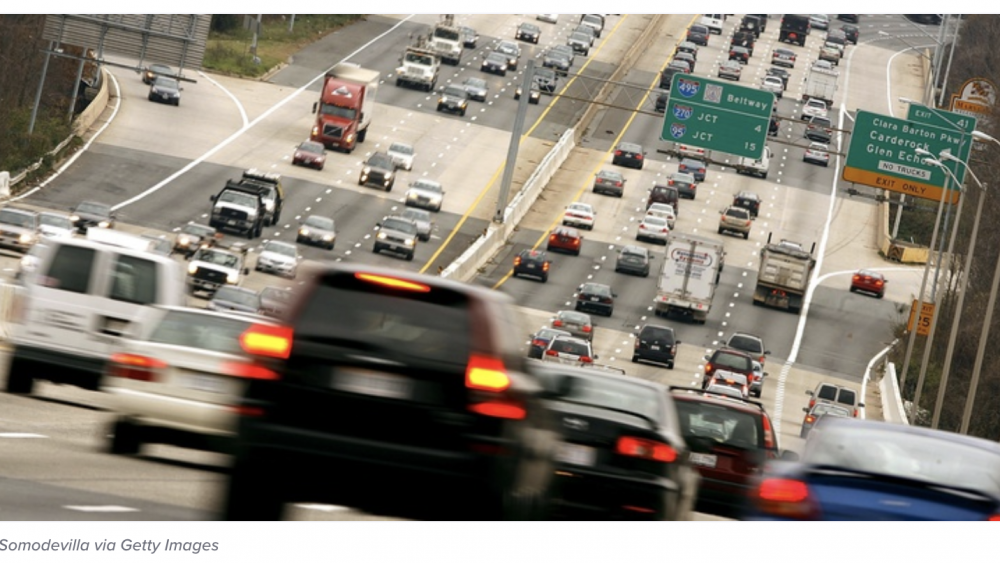 Traffic ticks up but remains below pre-pandemic levels: report

Some experts warned early in the pandemic of a potential traffic nightmare, as more commuters shied away from crowded buses and trains and car sales boomed. But even as cities began to reopen and travel increased – both from commuters returning to offices and an uptick in leisure trips – congestion has not even caught up to where it was before the COVID-19 pandemic began, let alone surpass it.

“We did not see and we do not expect to see a ‘carmageddon’ that some people warned about,” said Bob Pishue, a transportation analyst at INRIX. “Instead, what we found was a very modest increase in driving and some time of day shifts. If people did travel, many of them shifted the time of day when they left the house or office or wherever they might be traveling.”

New York drivers reportedly lost an average of 102 hours in traffic, the most in the nation. Still, that represented a 27% drop from pre-COVID levels. Chicago (104 hours), Philadelphia (90 hours) and Boston (78 hours) were next among the U.S. cities with the greatest amount of time lost to traffic, but all were down at least a quarter from pre-COVID levels. Boston, which ranked first for congestion in 2019, has seen its traffic levels drop 47% since then, according to INRIX data.

Las Vegas was the only metro area in the country’s 25 largest to record an increase in congestion, with drivers spending an average of 28 hours in traffic congestion in 2021, up from 16 hours before the pandemic. Theresa Gaisser, director of the Freeway and Arterial System of Transportation team at the Regional Transportation Commission of Southern Nevada, said that congestion could be a result of several ongoing construction projects that began in 2020, adding that surface streets have either been steady or slightly below 2019 levels. Gaisser said that the agency has also been working to incentivize transit ridership as the economy rebounds, including through a program that offers free seven-day transit passes to new and returning employees in the region.

INRIX also found that trips into central business districts, or downtown areas, remained down compared to pre-pandemic levels. Real estate trends have shown downtown areas declining as workers continue to work remotely, forcing some cities like San Francisco to rethink how to use business districts. San Francisco saw a 49% decrease in downtown travel compared to 2019, while Detroit measured a 41% decrease.

San Antonio, on the other hand, led the nation in downtown traffic recovery, although it remained 5% below pre-pandemic levels. Sarah Esserlieu Khalil, economic development director for the placemaking organization Centro San Antonio, said that visitation has been “rebounding, but not all the way back,” with office workers still not fully returned. However, she said, tourist visits to downtown are up, as are visits to local events like musical performances, festivals and art displays.

“Even still being wary of COVID, we saw some good visitation levels,” Esserlieu said. She added that the pandemic offered an opportunity to rethink how and why people would come downtown and has built momentum for a better use of parks and public areas. “It really comes down to loving urban spaces and we are encouraging locals to come back and visit our downtown,” she said.

One important long-term change, Pishue said, is the shift away from rush hour peaks. Highways and roads are designed to handle peak demand, often the morning rush hour. The more that people can commute later in the day, work remotely or shift their regular driving hours, he said, the less congestion they will see — with dramatic effects for the built environment.

“The reduction in peaks is almost talked about as theoretical, but now we are seeing that reduction,” Pishue said. “What I would do if I were in charge is to look at what we can do to keep that peak as flat as possible, whether that’s deploying more buses or restructuring worker hours or subsidizing transit. That can reduce the impact on our infrastructure as much as possible.”